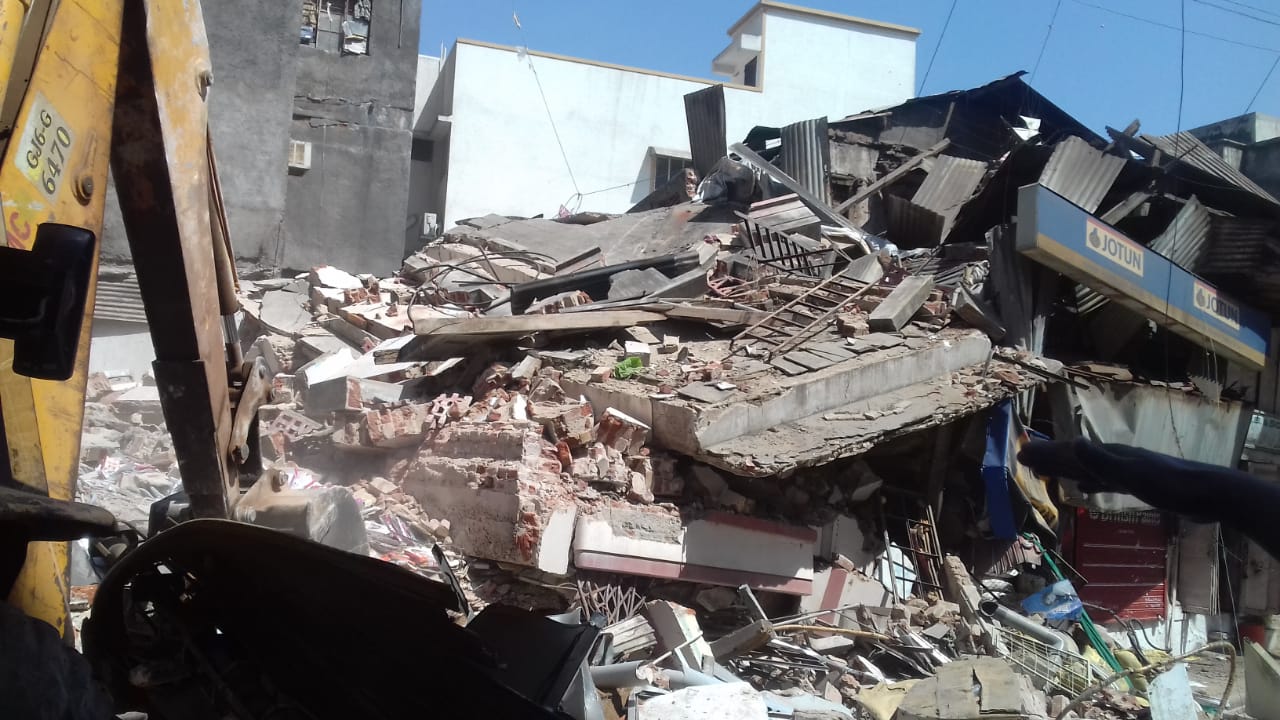 No one is reported injured as fire brigade reached the spot to clear the debris.

A dilapidated three floor building housing six shops collapsed in Vadodara on Tuesday morning. The incident happened near Sardar Bhuvan Khancha area where the building collapsed. No one is reported to be injured in the incident as fire brigade reached the spot to clear the debris. 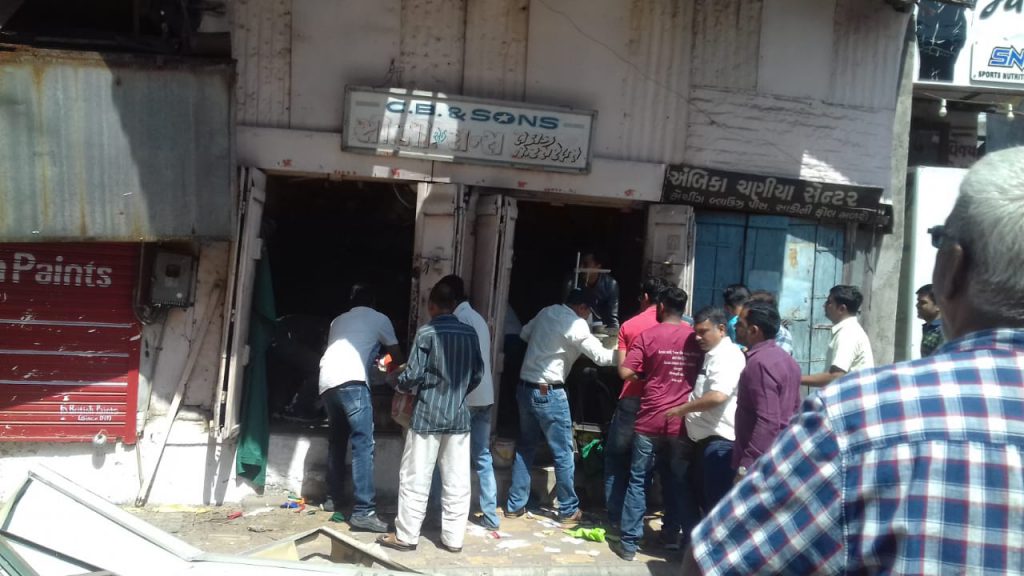 The building was old and many shops like hosiery, printing press, tailoring are housed there and opened on time this morning. The employees are busy in their routine work when suddenly the building collapsed with a big thud. The people working inside had a close shave as they run for safety in time. 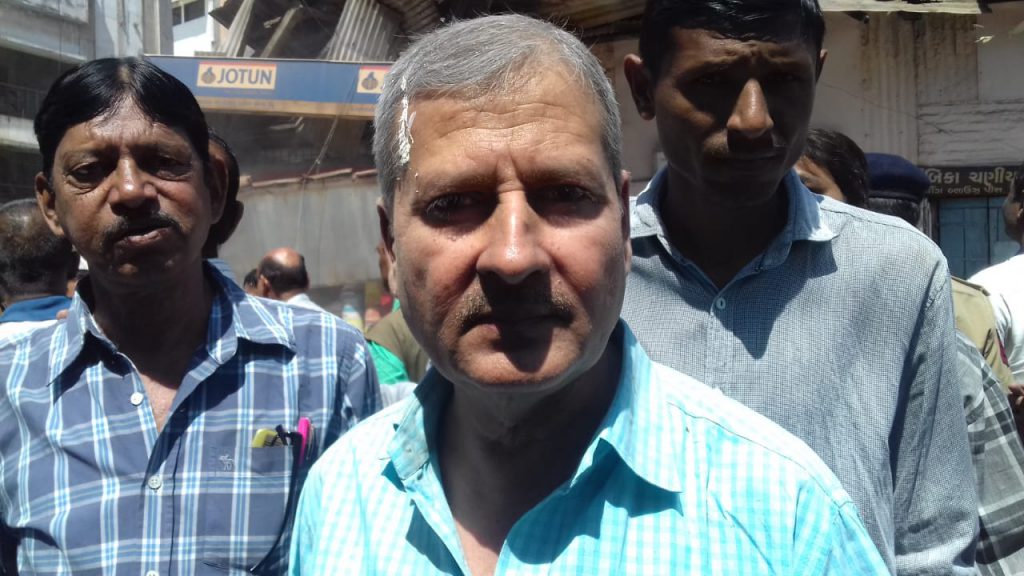 Dharmendra Thakkar owner of K.B. Thakkar colour shop had a close shave as he was present inside the shop when the building collapsed. His shop crushed under the debris of the collapsed building and he thank God for saving his life. 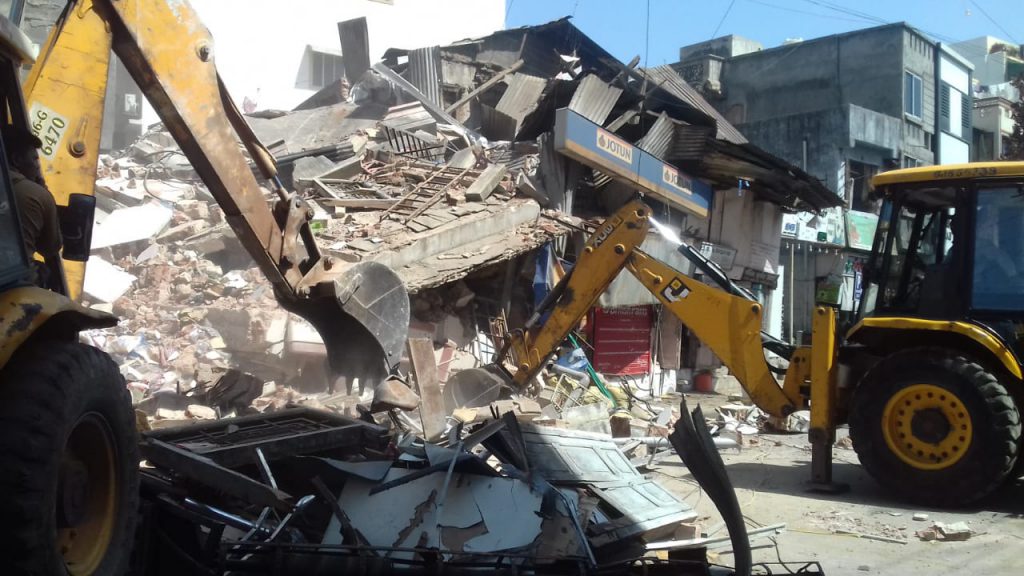 Deepak Vanani a garment shop owner said his shop was closed at the time of the incident and he was about to leave to open it. He received the call about the building collapse and shocked to hear the news. The renovation work of the printing press was going on and he also accused the contractor for not taking any safety measures and approached him many times. 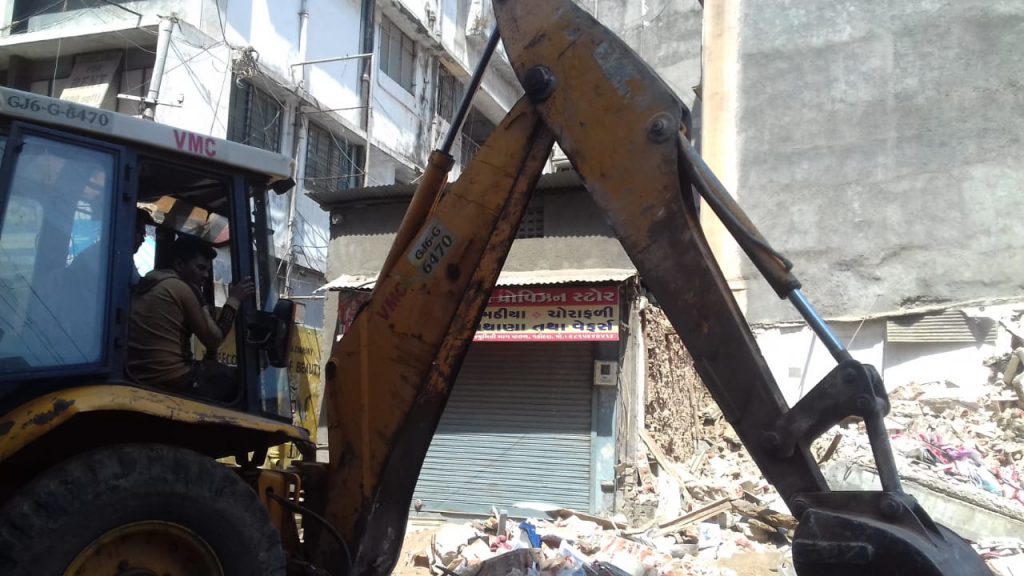 Fire brigade reached the spot and starts clearing the debris. GEB team also reached there to cut the electric supply and 108 ambulance is also stand by there for rescue work. The road towards Navabazaar from Ahmedabadi pole was closed for the rescue work. People also rushed to the spot and clicked pictures of the incident in their mobile phones.