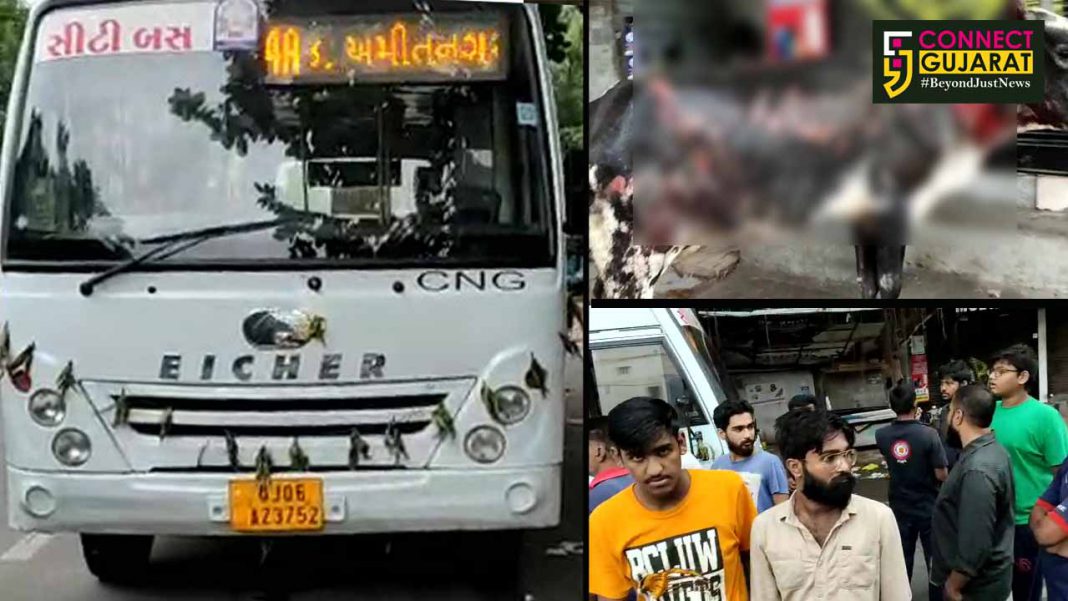 Police control the situation in time

Three cows was severely injured in Vadodara early morning on Monday after came in front of a running Vitcos city bus. The incident irked the people as they rushed to the spot to see the badly injured animals. However before the matter went out of hands police reached the spot and scattered the crowd.

As per details the incident happened on Narhari hospital circle and Fatehgunj road after the cows suddenly came in front of the speeding city bus. The bus also stopped suddenly and one of the cow was bleeding profously.

People came rushing to the spot after the accident so as the police after they received the message. Fire brigade and animal activists also reached the spot and took the injured cows for treatment. Sayajigunj police registered the case against the bus driver and further investigating in the matter.