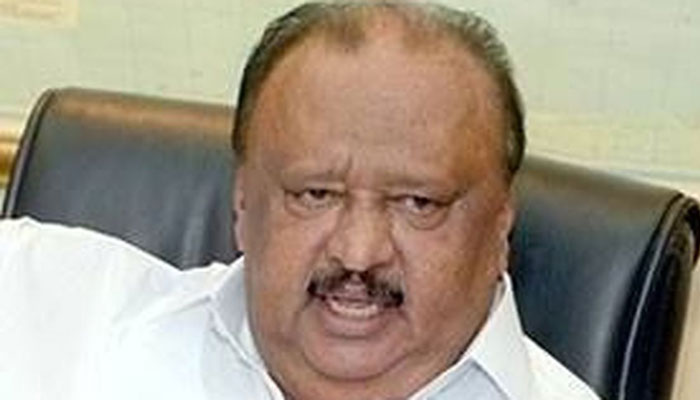 Speaking to the media at the Secretariat later, NCP leader T.P. Peethamabaran said the resignation letter had been handed over to Vijayan. "All the details will be told to you at 2 p.m."

Sources close to Chandy said he will approach the Supreme Court on Thursday and it has been decided that the slot meant for the Nationalist Congress Party in the cabinet will be left vacant.

"Chandy's resignation letter has been forwarded to the Governor," Vijayan said while leaving his office.

On Tuesday, the Vijayan government suffered a setback when the Kerala High Court dismissed a petition filed by Chandy for quashing the Alappuzha Collector's report which alleged land grab by Chandy's resort.

Chandy was present at the weekly cabinet meeting. While leaving for a meeting with the NCP leadership, he told the media that he was not quitting.

On Wednesday morning, Chandy drove to the Vijayan's residence with NCP acting President Peethamabaran and held a 40-minute discussion.

Chandy is a three-time legislator representing Kuttanad in Alappuzha district.

Chandy is the third minister quitting the Kerala government in just 18 months. The first to go was Industries Minister E.P. Jayarajan who quit last year. Saseendran followed in March this year.