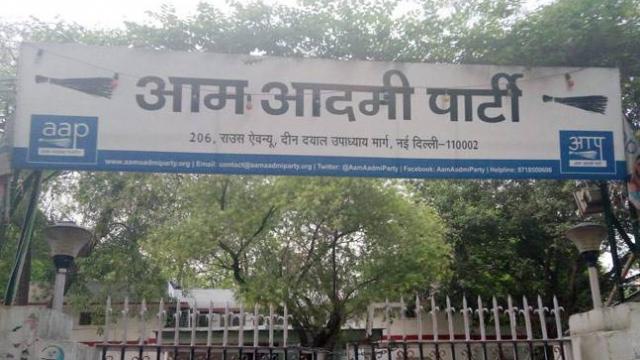 An Aam Aadmi Party (AAP) leader on Sunday said they have complained to Delhi Police regarding a theft at their office on Saturday.

“A complaint of theft was submitted at the Indraprastha Police Station along with the CCTV footage, on Saturday night,” the AAP leader said.

Asked about the delay in filing the police complaint, Yogi said they were checking the CCTV footage for clues.

In the CCTV footage, a man can be seen entering the AAP office, putting the campaign material on his rickshaw and fleeing.