Home > India > The story behind the Indian flag
India

The story behind the Indian flag 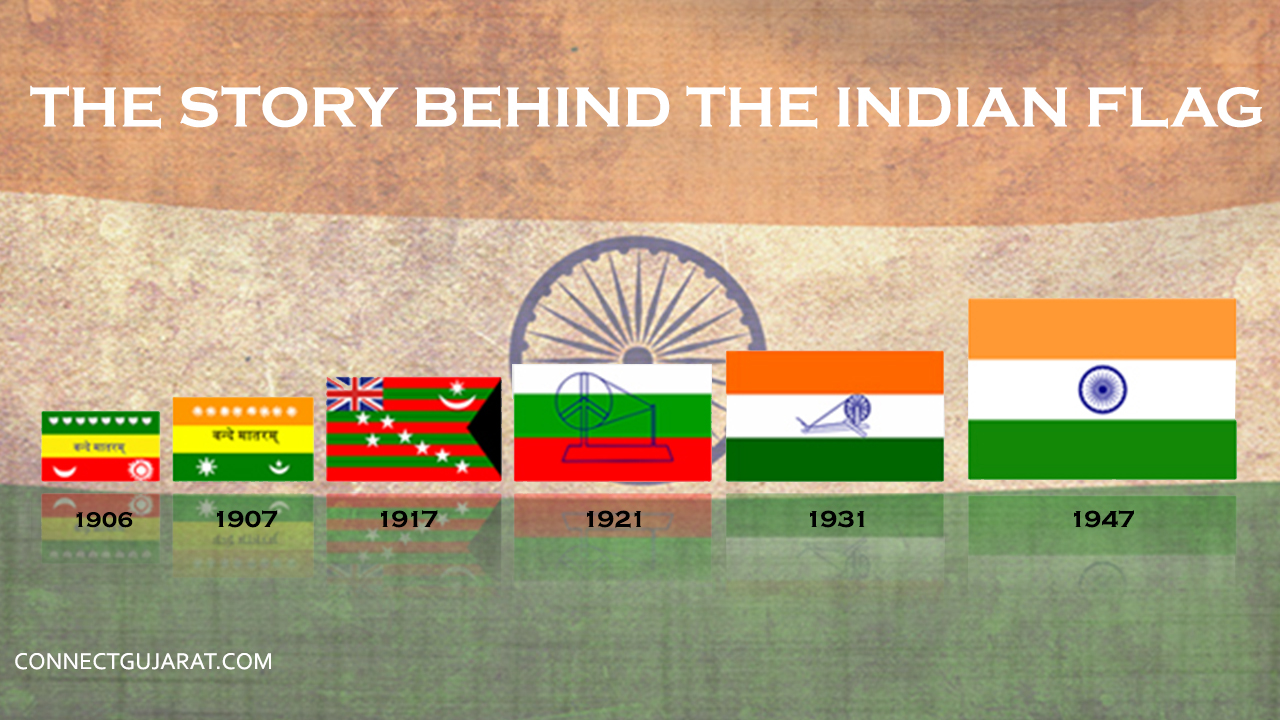 The first ever National Flag of India was hoisted at Kolkata (then Calcutta) during the British period in the year 1906. It had stripes of red, green and yellow in a horizontal fashion. It had a sun, moon and eight lotuses.

The Second National Flag was hoisted by Madam Cama at the Berlin Committee in the year 1907. The flag was a modification of the first national flag where the eight lotuses were replaced by 7 stars which are known as Saptarishi and one lotus. Both the first and the second national flag had words in Hindi that read VandeMataram.

The Third National Flag was the symbol of the Home Rule Movement. It was headed by Annie Besant and Lokmanya Tilak. The flag had alternate stripes of red and green in a horizontal fashion. This flag had retained the saptarishis. The top left corner of the flag had a Union Jack. The Union Jack was added as India was under the aegis of the British.

The Fourth National Flag had laid the foundation of today's tricolor. When the All India Congress met at Vijayawada in the year 1921, few Andhra youth had taken this flag to Gandhi which had one stripe of red and green each. The red color indicated the Hindus of the country and the green color indicated the Muslims of the country. Gandhiji had asked them to include white color which would represent the other minority communities of India. The inclusion of the spinning wheel was also suggested.

The official flag was formed on July 22, 1947. The colors of the national flag remained the same but the spinning wheel was replaced by the Ashoka Chakra. This wheel indicates the justice that is provided to the people of the country irrespective of their backgrounds.