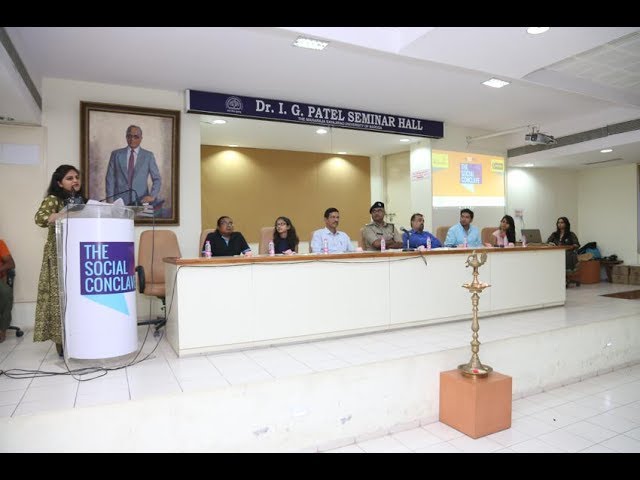 The much awaited TSC (The Social Conclave) hosted by Konvophilia starts on 30 June in Vadodara with guests from various fields attends the seminar on social media. The Social Conclave (TSC) one of the state's renowned social media themed event is planned on Friday, June 30 to celebrate the World Social Media Day universally. 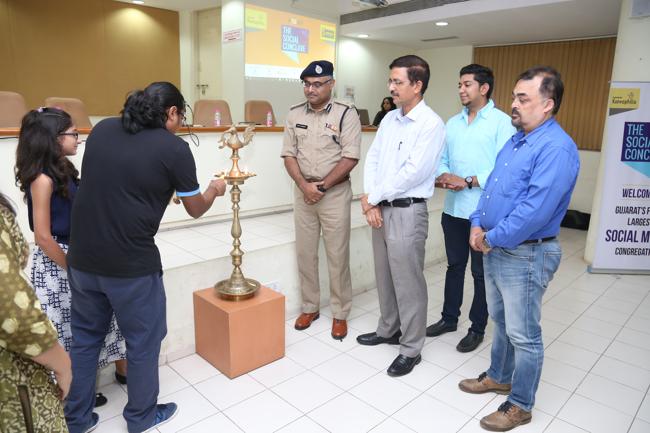 The event starts with lighting the lamp as per the tradition by the guests Vadodara range IG Gyanendra Malik, Commissioner of police Manoj Sashidhar and others. 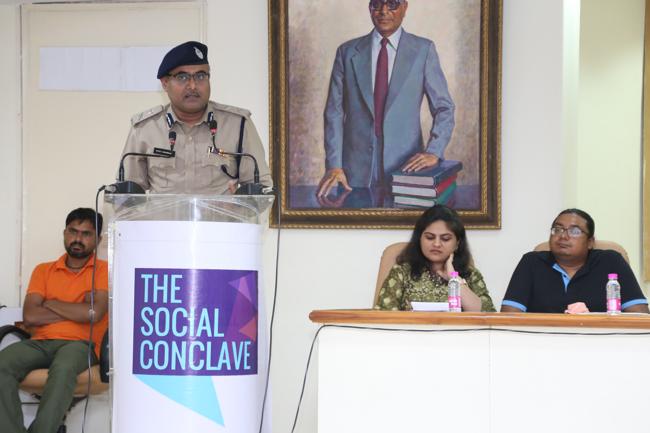 IG Gyanendra Malik said that when he hears mention of social media he feels that sometimes it's scary but also connective. He said He is not a social media enthusiast but they use whatsapp medium extensively in recruitment. With the help of social media they closely monitor the situations and get in touch with the respective authorities. He also said that you cannot live without social media now but to use it positively is necessary. He also congratulates the organisers and appreciate the youngest speaker Ishita Katyal who spoke on storytelling at The Social Conclave.

Vadodara CP Manoj Sashidhar also spoke about the positive use of social media and how it connects people effectively. He said thst commerce is what drives people to break boundaries. 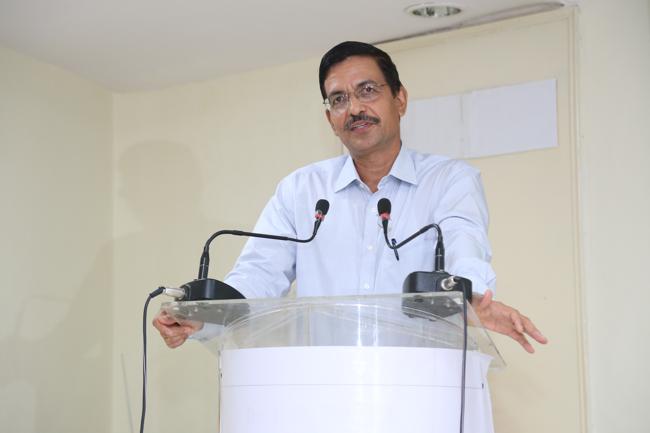 GPS and mobile devices can connect people like Uber does, Brings customers and service provider closer.

He said that the launch of Facebook is a game changer and Twitter looks like distant cousin of FB. Everyone comes as social innovation. Social media has now become sophisticated and a great platform for social and political campaigns.

He said Internet is an open media & one cannot control it. Social media provides a great platform where you have a great idea that can grow fast. He also talks about Digital revolution like broadband , wifi connection, optical fibre connections, penetration of smart phones, more local applications, etc. 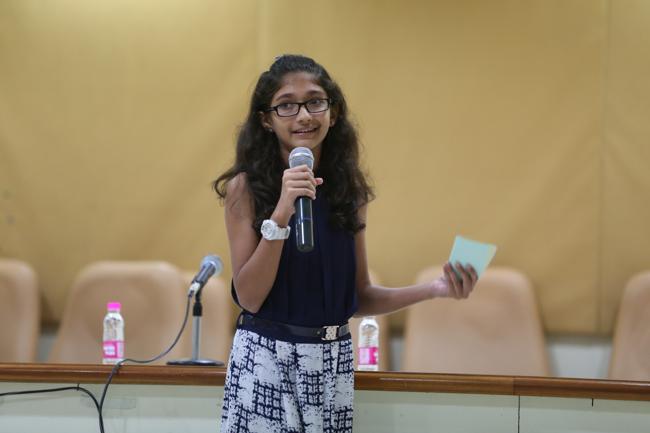 The youngest speaker Ishita Katyal is a social media user but believes in using it effectively. She said she started using social media since the age of 8 and during the release of her first book.

"For me social media is a good platform to reach people and tell them your stories. I used it during my first book launch and create a social media page to connect to people and post my stories. The account helped to connect people and explore new things which is the positive thing of social media. The thing is using it in the right way not for the wrong reasons," said Ishita Katyal. 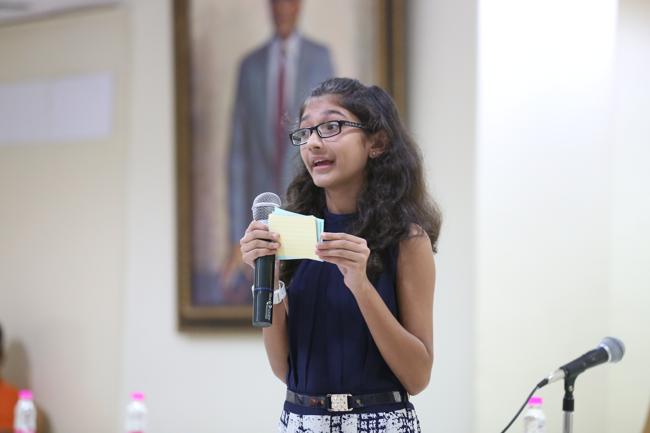 Talking about the parents support she said her parents believe in her and she also never hides anything from them. "There is a timetable in my home about how much time to spend daily on social media and that's good for me. My parents trust me and I also trust them and make it a point to share everything with them after my talks and other things," said Ishita. She uses social media in her parent's guidance and has pages because her age does not qualify her to have an account.

Talking about books in this social media age she said books always are the best to gain knowledge. Social media will help to impart that knowledge. She said books make you eager to learn and when you bookmark something then the next day you eagerly waiting to read what's next. She said she wants to become a speaker and writer in her career as she wants to prove to the people that it's a creative field.

She praised the social conclave as this is the best platform to meet people share ideas and know more about the social media. She said the that people also should spend time with their passion and explore new things rather then spending too much time on other thing in social media.

Finally she said that social media definitely makes you more in urself and forget your parents. She feels very annoying whenever she visit anyone's home and see all are busy in their mobiles. So she make a point and organise family meeting in her house where she along with her parents sit discuss and spend time together. 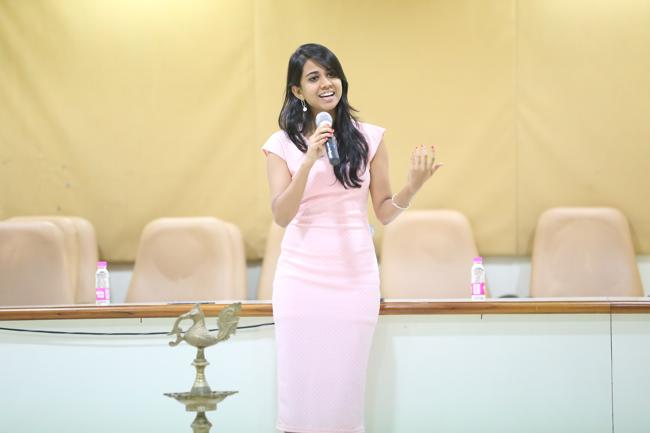 Shivani Shah, a theatre artist and digital film maker said that social media is bread & butter for her as after opening her instagram account she received calls and work online. She said that earlier her parents was against her for having a social media account as they were very protective and she opened her account at her friend's place. But after opening her Instagram account her parents supported her.

As a digital film maker she said social media is a very good platform for her to reach people. "Earlier the film makers have all the power to give rights and publicity but now with social media they have their own control and reach people easily and quickly," said Shivani Shah. 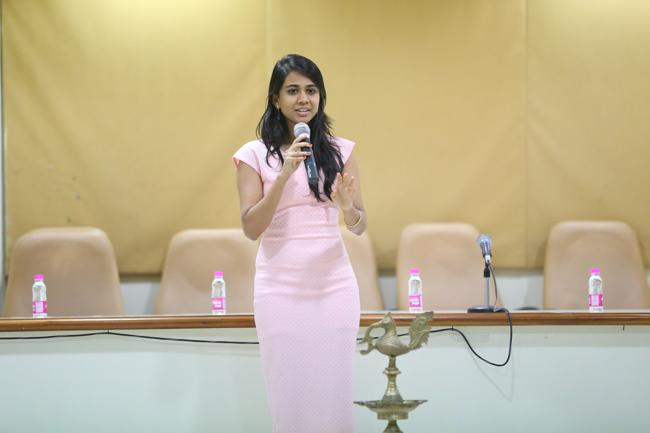 Shivani wants to become an art director and five years down the line wish to have her own YouTube channel. She said that social media is really a boon but when it is used in positive way.

Kshitij Banker talks about technology & music. He said earlier that there was a time when music composers had brainstorming sessions and later it was decided about the song and singers. But now the composer calls five to six singers and then selects the best one.

With the technology and outsourcing the main stream production values have gone up and films are technically advanced. But then there is a question - has the soul been alive. 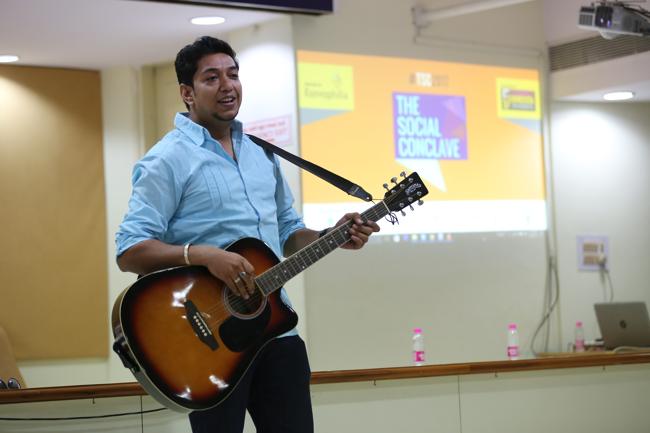 He said Social media is a part of their lives and nowadays people don't even go to their washrooms without their mobile phones. There is a pressure of likes and everyone is crazy about this. Social media is good but there is a flip side of it.

Social media has undoubtedly changed the whole scenario and it's like a powerful weapon in the hands. But the question is how we use it and benefit us and the society. Social media is for connecting with urself and then to the people. But the punch line is to use it positively. 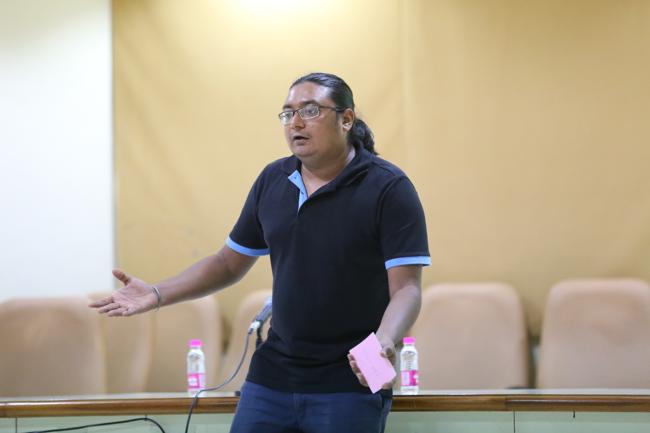 This year has been a year of live stories on every platform. Be it Snapchat or whatsapp or instagram or facebook. Every social media platform has a feature of being live and share your stories. Manish Pandey, digital transformation consultant at Reliance Global Corporate Securities, spoke on how to use these story formats creatively. He shares that this is the era of velvet generation where children are born with social media skills. But to groom them and make them use social media effectively, ethically, responsibly & efficiently is most essential. And hence an awareness program is required, said by Manish Pandey.