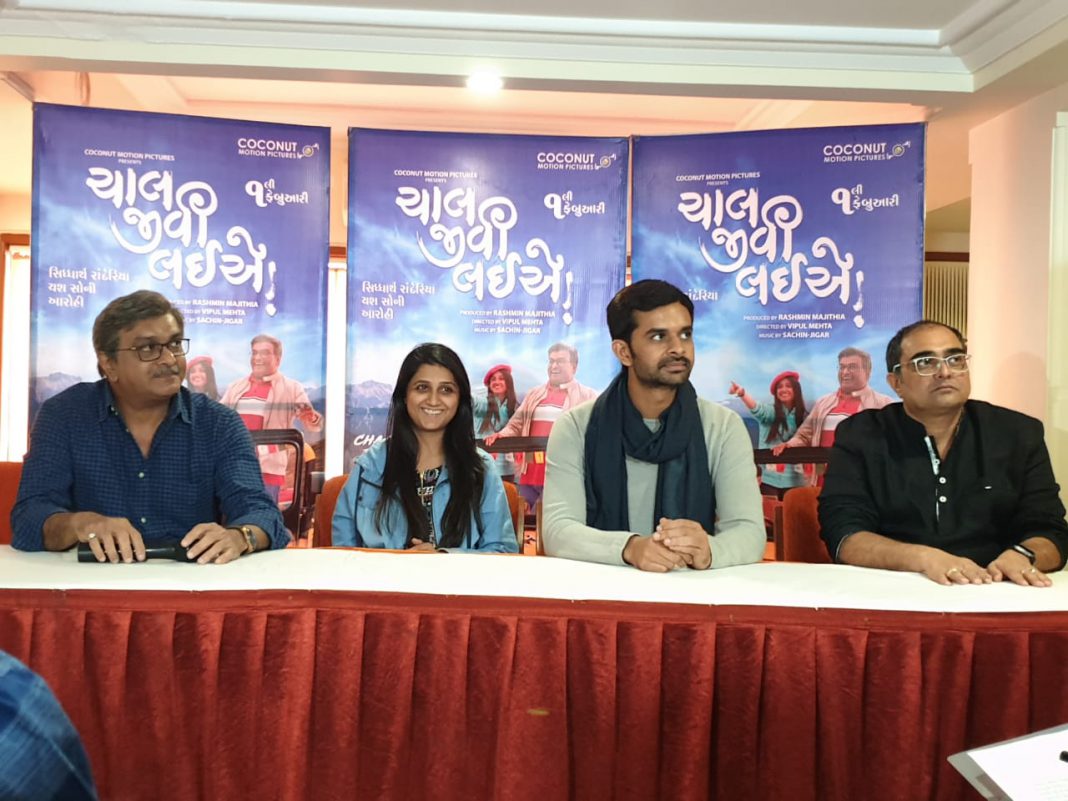 Coconut Motion Pictures once again geared up to give the audience a moment to live life away from their busy schedules. The latest offering from them is a film based on the same subject where a father makes his son realise the meaning of a beautiful journey called life.

The film is a story of Father-Son duo unplanned journey to escape a workaholic existence. Aditya Parikh, played by the dashing Yash Soni and his father Bipin Chandra Parikh, played by the legendary actor Siddharth Randeria explore the meaning of life as they meet a stranger traveler named Ketki, played by the loved and bubbly Aarohi Patel who takes them on an eventful journey of surprises and realizations.

“The film deals with a different story of the relationship between father and son and shot in beautiful locations of Hrishikesh and Uttarakhand. It will take the audience on a breathtaking journey that will break them free from routine life and things that bind them,” said Randeria.

An engaging storyline with critically acclaimed Vipul Mehta’s direction the film has soulful compositions like ‘Chaand Ne Kaho’ by iconic Music Director duo Sachin-Jigar, and a song ‘Pa PaPagli’ on the father-son bond by renowned Bollywood singer Sonu Nigam. This fun packed entertainer brings a palate of love, laughter and togetherness produced by Rashmin Majithia under the banner of Coconut Motion Pictures.

After successful Gujarati films like ‘Best Of Luck Laalu’ and ‘Midnights With Menka’ the house attempt to do something out-of-the-box to redefine cinematic experience.

“This film is a complete package of entertainment, humor and romance. It is a project which features the finest artists in the industry working together. Sachin-Jigar of Bollywood fame, esteemed director Vipul Mehta and the stars SiddharthRanderia, YashSoni and Aarohi Patel, adorn the film’s credits,” says Majithia.

“The film’s shoot was full of pranks, adventure, and excitement. The actors carry this enjoyment to the screens and their sizzling chemistry will make the audience laugh and giggle in every scene. The breathtaking locations will add the oomph factor in the movie as we complete the shooting in just 20 days from 5 to 25th September in view of the weather,” said director Vipul Mehta.

Releasing all over Gujarat on 1st February, 2019 it will be an audience’s favorite with all the right elements to be hailed as a complete family entertainer of the year.