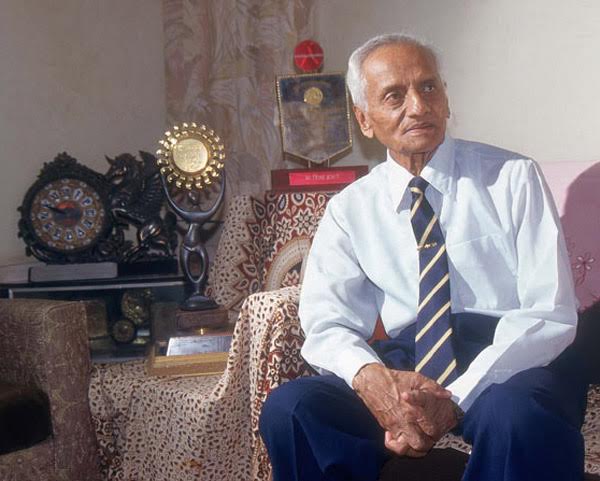 Today is the birth anniversary of Captain Vijay Hazare the legendary cricketer who played for Baroda for years and took the city name into the world map. He shared his birth anniversary with the great king Sir Sayajirao Gaekwad and today we are saluting both the personalities whose immense contribution to the city is unmatched. He was known as captain in Indian cricket and was also recieved Padma award for his contribution to the game. Maharaja Fatehsinh Gaekwad was the king when he moved to Baroda state in 1942 and settled there.

After moved to Baroda state he met the king and urged to play cricket and he was then included in the Baroda team. After his including in the team Baroda became champions for four years. He died on 18th December 2004 after a long illness. Vijay Hazare trophy named after him is also played every year in the country. Vijay Hazare was not only the captain of Indian cricket team but also the captain of Baroda Army. Due to the captain rank he was famous as captain all over the state and in the cricket world. He started playing for India in 1932 and after 20 years notched the win against England at Madras (now Chennai) ground and became Captain Vijay Hazare. That was the first ever test match win for India.

Captain Vijay Hazare was soft spoken but his bat speaks all and he was considered to be the run machine. He always said to his teammates thag never go for the runs just stay on the wicket and runs will come automatically. He was also worked as ADC for Maharaja Fatehsinh Gaekwad. There are only four families in India whose third generation is playing Ramji trophy and the Hazare family is one of them. His son Ranjeet and grandson Kunal also played Ranji matches. In 1958-59 there was the Ranji trophy final match between Baroda and Holkar team captained by Hemu Adhikari. Hemu knew one weakness of Hazare and during the batting of Baroda he put a young fielder at the leg slip who was playing his first Ranji trophy match. When on 10 Vijay Hazare was dropped by the same player and then Hemu Adhikari walked to him and told him that now field for two days. Such was the batting prowess of the legend Captain Vijay Hazare.