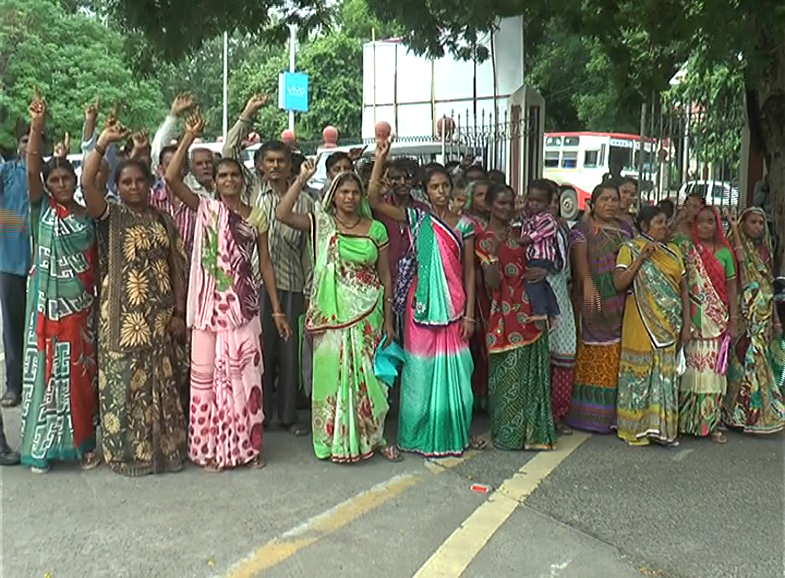 Under the Prime Minister Ujjwala scheme the poor people of the rural areas were exempted from Kerosene and given LPG at very low rates. However many poor beneficiaries have been stuck due to the problems in Vadodara district. The villagers of Wagodia taluka had arrived at District Collector’s office today with their demands.

Gas cylinders were given to the BPL card holder beneficiaries and exempted from kerosene. The beneficiaries said that they were given LPG cylinder in Vagodia taluka but gas stoves were not given. Along with that after giving cylinders their name was registered and the supply of Kerosene was stopped from July 2016. Some of them allege that the cylinder’s allotment book has shown the name of some beneficiaries, but they have not got cylinders yet. The condition of these beneficiaries are like they don’t even get the benefit of Ujjwala scheme and also not get kerosene.

The beneficiaries of different villages of Wahodiya taluka have come to present the district collector with the allegation that a big scandal has been executed under the Prime Minister’s Ujwalla scheme. They also demand action against the accused.