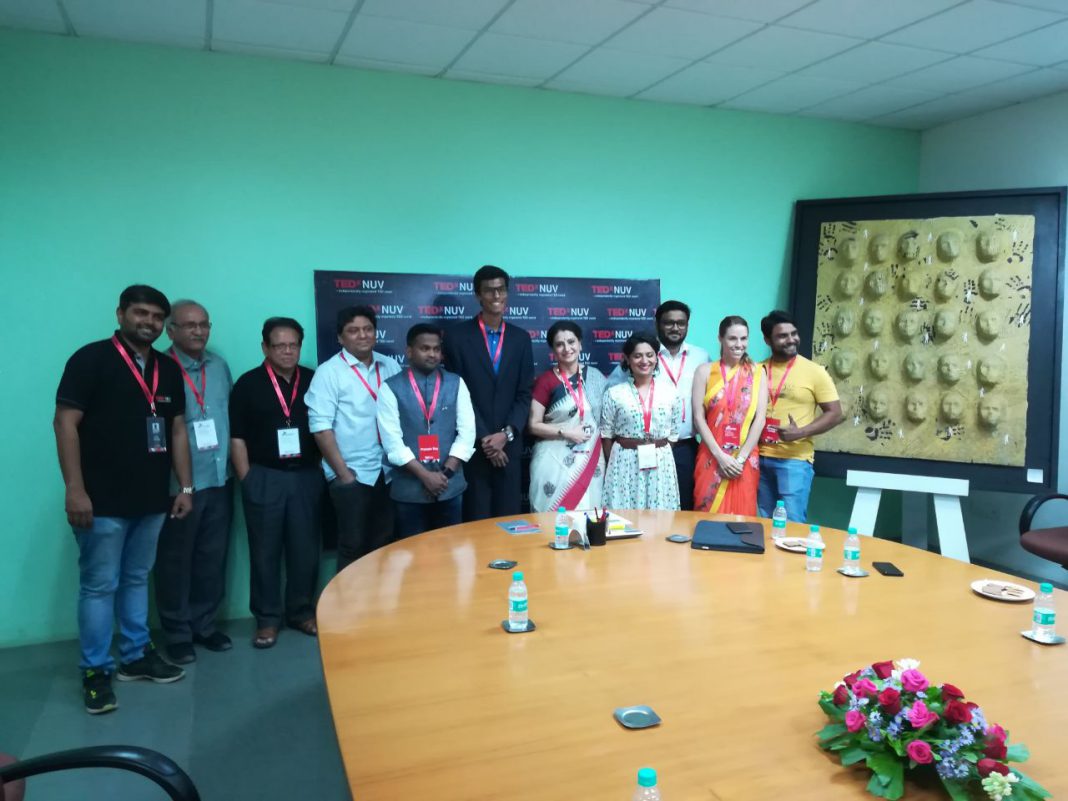 TEDxNUV was held on Sunday, 25th March, 2018 at Navrachana University featuring many speakers shares their views on various topics. The independently organized event, licensed by TED, featured local voices and TED Talks videos under the theme of Ankuran.

Launched in 2009, TEDx is program of locally organized events that bring the community together to share a TED-like experience. Some of the best talks from TEDx events have gone on to be featured on TED.com and garnered millions of views from audiences across the globe.

TEDxNUV shares the same passion as TED. The objective is to reach out and inspire people with “Ideas Worth Sharing” which has the potential to help people make a strong difference in their lives.

TEDxNUV is oriented at developing a community of like-minded highly informed and engaged innovators, designers, thinkers, technologists and environmentally and socially concerned individuals in one of India’s most developing city – Vadodara.

This year Speakers Animesh Bhatt speaks on How social media can change the world, Murthaza Junaid on How to turn your hobby into business,

Aadil Fahim on Are we educating for peace? Are we inter-culturally competent?  Pravash Dey on Blockchain, creating a masterpiece to transform the power of WE, Dakxin Banrange on Theatre activism and rehabilitation and Kimberly Shah on Health is a Life Long Investment.

TED is a nonprofit organization devoted to Ideas Worth Spreading. Started as a four-day conference in California almost 30 years ago, TED has grown to support its mission with multiple initiatives. The two annual TED Conferences invite the world’s leading thinkers and doers to speak for 18 minutes on a diverse mix of topics. Many of these talks are then made available, free, at TED.com. TED speakers have included Bill Gates, Jane Goodall, Elizabeth Gilbert, Sir Richard Branson, Nandan Nilekani, Philippe Starck, NgoziOkonjo-Iweala, Isabel Allende and former UK Prime Minister Gordon Brown.

TED’s media initiatives include TED.com, where new TED Talks are posted daily; the Open Translation Project, which provides subtitles and interactive transcripts as well as translations from volunteers worldwide; the educational initiative TED-Ed; and TEDBooks, short e-books on powerful ideas. TED has established the annual TED Prize, where exceptional individuals with a wish to change the world get help translating their wishes into action; TEDx, which supports individuals or groups in hosting local, self-organized TED-style events around the world; and the TED Fellows program, helping world-changing innovators from around the globe to amplify the impact of their remarkable projects and activities.