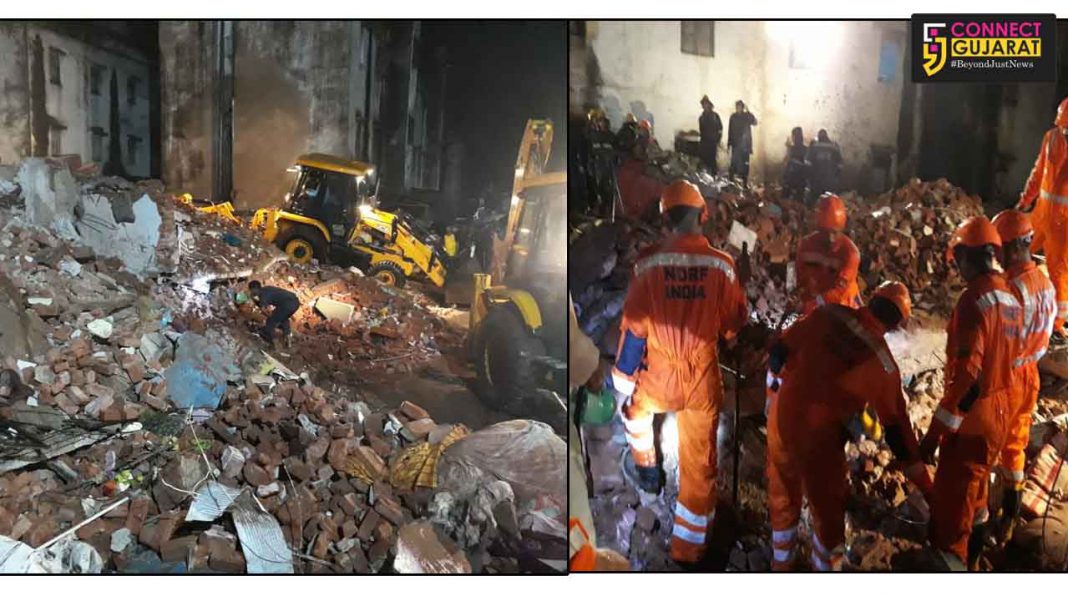 A team of 6 BN NDRF was shifted to Nadiad for rescue operation after a three storey building collapsed. The team reached there with modern equipments to search for one person still trapped as the local fire service till then extricated three bodies and six persons alive from the debris.

As per details given by R.K. Mishra PRO and deputy commandant 6 BN NDRF, their one team on alert in Vadodara was shifted to Nadiad after the building collapsed incident where many people are feared to be trapped inside. The team with modern equipments reached there and searched for the trapped one person inside as the local fire service till then evacuated six persons alive and extricated three dead bodies from the debris.

The team is on alert at Vadodara due to alarming rising situation of Vishwamitri and rains. Under supervision of commandant R.S. Joon the team reached the spot and search for one person trapped in the debris and feared dead. The building was three storey one and residents of second and third floor are  rescued alive whereas those who were in ground floor are dead.