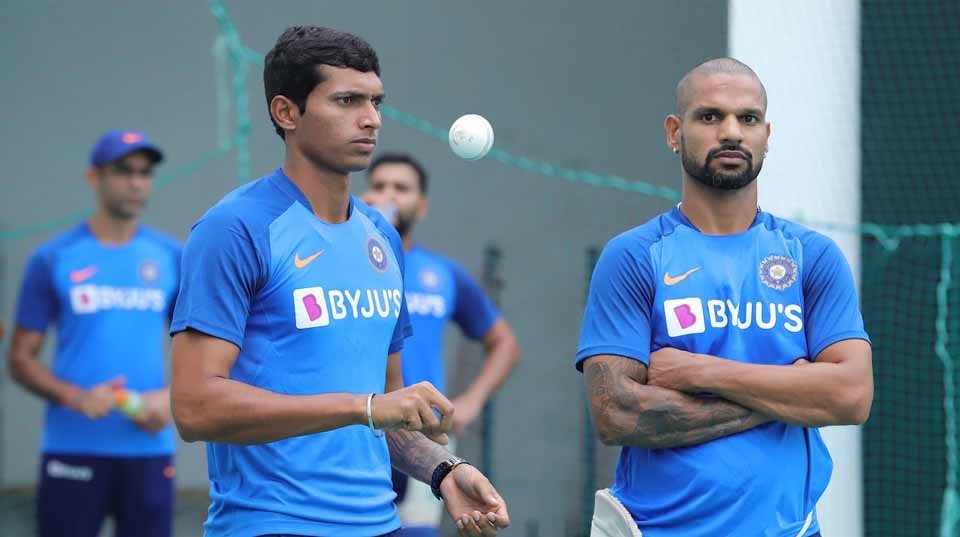 The new India jersey will be seen on the field of play for the first time when India lock horns with South Africa in the 1st T20I in Dharamsala on Sunday (Today).

India will sport a new-look jersey when they take on South Africa in the 1st T20I in Dharamsala on Sunday. The jersey will have the logo of Byju’s, Bengaluru-based educational technology and online tutorial firm, in place of Chinese mobile manufacturer Oppo.

“BYJU’S will be taking over all obligations of the current team sponsor OPPO mobiles India private limited. The BCCI is pleased to welcome India’s leading education and learning app BYJU’S as the official Team India sponsor from 5th September, 2019 until 31st March, 2022,” a BCCI statement had said in July. 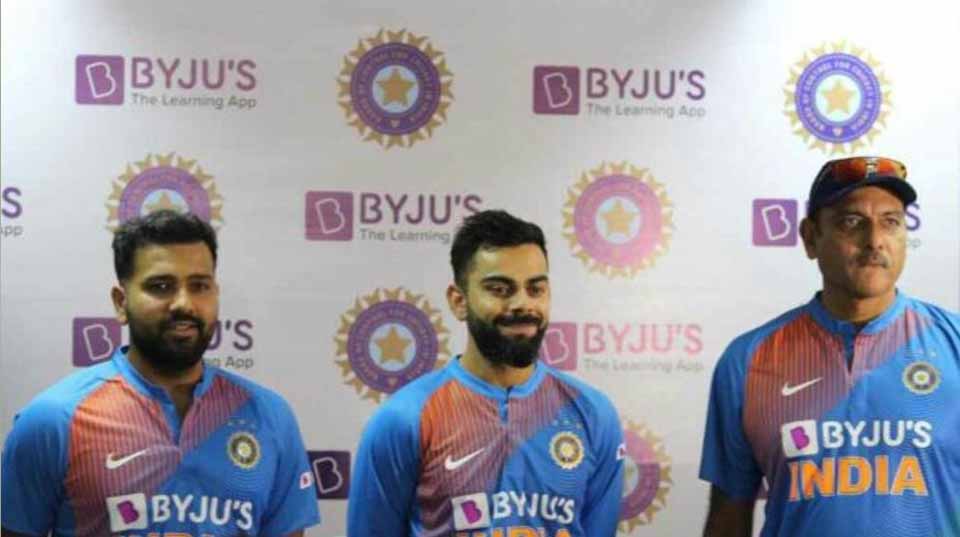 The new-look jersey, with the logo of the new sponsor emblazoned across the centre, was unveiled in Dharamsala on Saturday, during skipper Virat Kohli’s press conference. Captain Kohli, vice-captain Rohit Sharma and head coach Ravi Shastri launched the kit.

Snapshots from #TeamIndia's indoor net session in Dharamsala ahead of the 1st T20I against South Africa.#INDvSA pic.twitter.com/9SxAi9ocOl

India players were also seen wearing practice jerseys with the logo of the new sponsor in Dharamsala on Saturday.