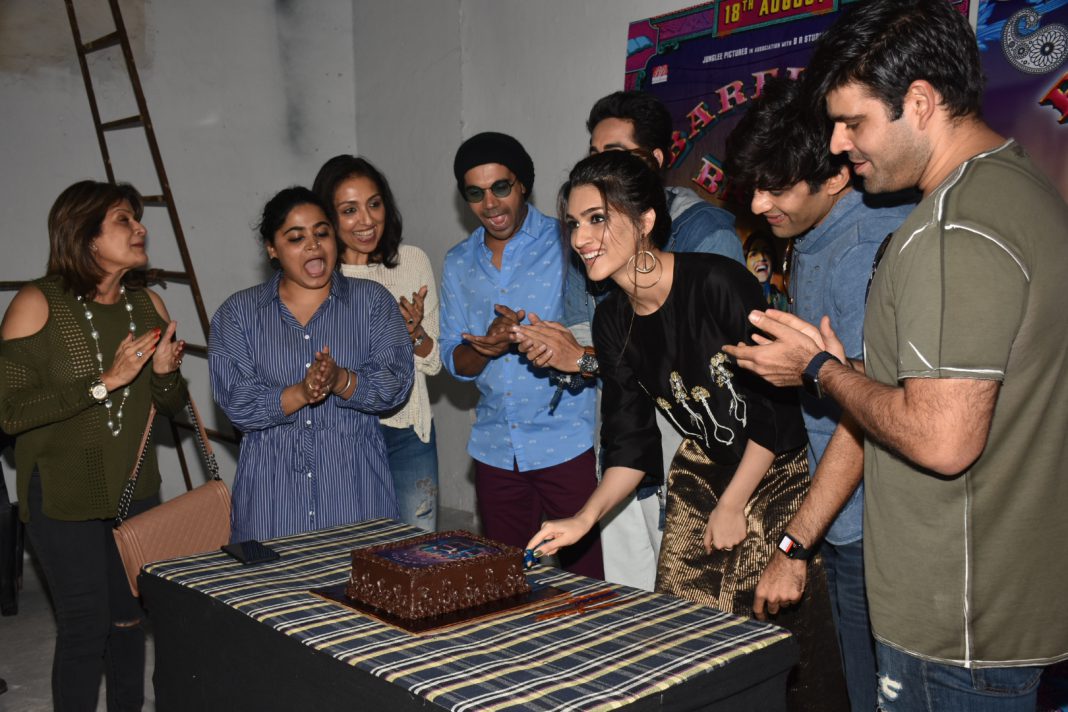 However, the team of Bareilly Ki Barfi had ordered a special Bareilly Ki Barfi themed cake for her.She was accompanied by Ayushmann Khurrana, Rajkummar Rao, director Ashwiny Iyer Tiwari, creative producer Juno Chopra, Priti Shahani on her birthday. Kriti had cut the cake with her Bareilly Ki Barfi cast and crew and the media present at Mehboob studios in Bandra.

The film’s trailer and the song which was released recently has generated a lot of intrigue and curiosity amongst the audiences.

Bareilly Ki Barfi is Ashiwny Iyer Tiwari’s second film as a director and the film has created a lot of right noise and her direction has been praised by everyone.

The performances of Kriti Sanon, Ayushmann Khurrana, and Rajkummar Rao have been hailed by one and all. Juno Chopra is the creative producer who has been involved with all aspects of the film.