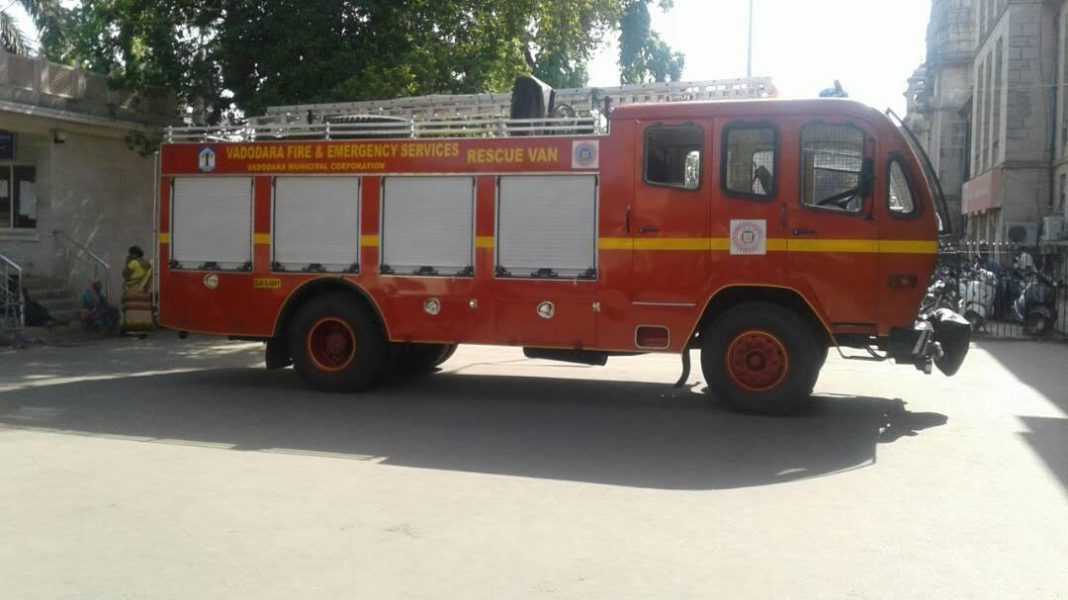 A youth came to give tea in the corporation office stuck inside the lift creates tension in the morning in Vadodara. The lift near to the office of Deputy Municipal Commissioner got stuck and the tea boy trapped inside for almost half n hour in the morning. The VMSS employees present there tried to free the boy from the lift but failed and they called the fire brigade. The fire fighters broke the lift door and freed the tea boy who was in shock with the freak accident. As the news of Rahul stuck inside the lift spreads the employees of the second floor rushed towards the lift to save him. They tried to open the door but failed and then they informed the fire brigade about the incident.

The fire brigade team rushed to the VMSS office and broke the lift door to free the tea boy. Rahul was in shock after stuck inside the lift for nearly half n hour and after the release he felt a sigh of relief. As the lift was closed due to the freak accident the Deputy Commisioner, officials and employees of the VMSS use the stairs to reach their offices.