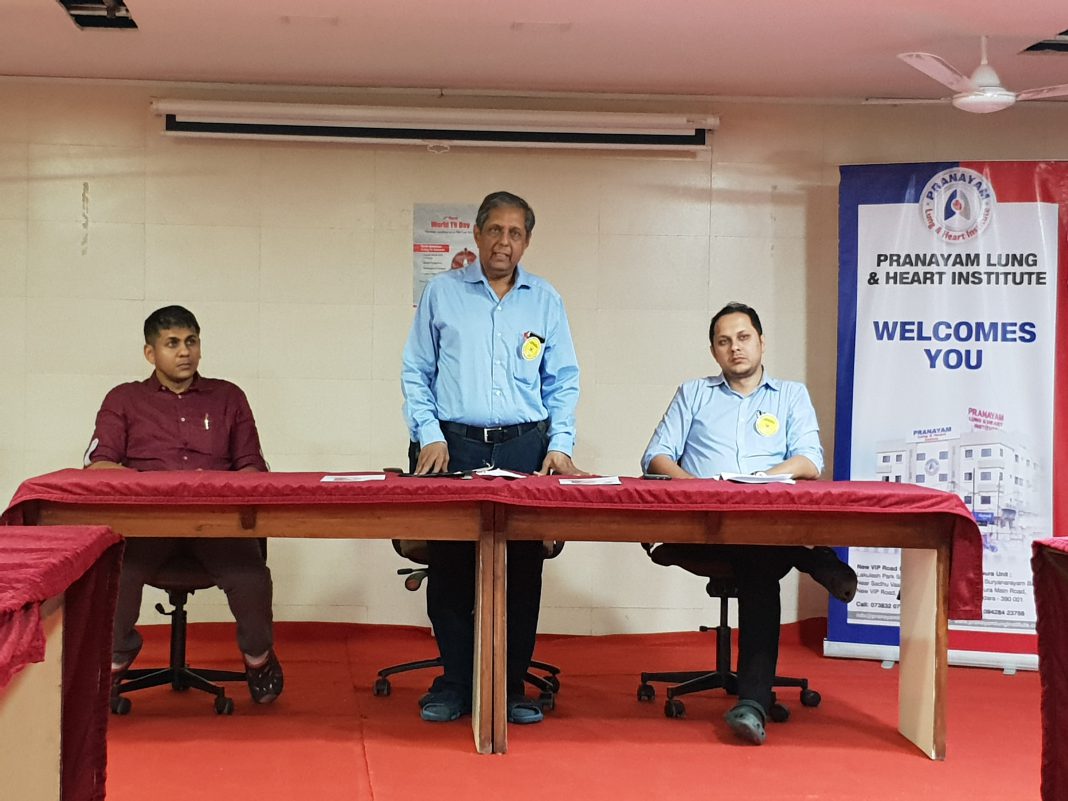 “Multi Drug Resistance is one such point where the TB bacteria learn to survive along with the medicines. However in this case we recommend second line of drugs but due to its high cost the patients keep themselves away from the treatment,” said Dr. C.M. Shah from Pranayam Lung and Heart institute in Vadodara.

Every year 24 March is celebrated as World Tuberculosis Day after a researcher Robert Cock find the TB bacteria in 1882 in Germany. The day is to spread the awareness among the people and the patients to identify the symptoms and immediately rushed to the doctors and start treatment.

However the doctors at Pranayam Lung and Heart institute said the main problem with the patients are that they discontinues the treatment in middle which proves risky. Secondly the Multi Drug Resistance is another factor which is also a cause for the increasing number of TB patients worldwide.

“There are around 3 crore TB patients in the world and 1.12 crore in India suffering from the disease. Everyday 4500 patients lost their lives due to it which is very alarming. Patients many time left the treatment in between which is the biggest cause for the bacteria to strike back. Secondly in Multi Drug Resistance the bacteria learn to survive along with the medicines which also is something very serious,” said Shah.

Dr. Umang Shah said that in Multi Drug Resistance they opt for the second line of medicines for the patients but the costing is very high and have the risk of high side effects. The important thing is that the patient must complete the treatment which stretch from 18 to 24 months to remove the bacteria completely from the body.

He further add that government is running various schemes to control the disease and the medicines are available free of cost but patients left the treatment midway which is the biggest concern.