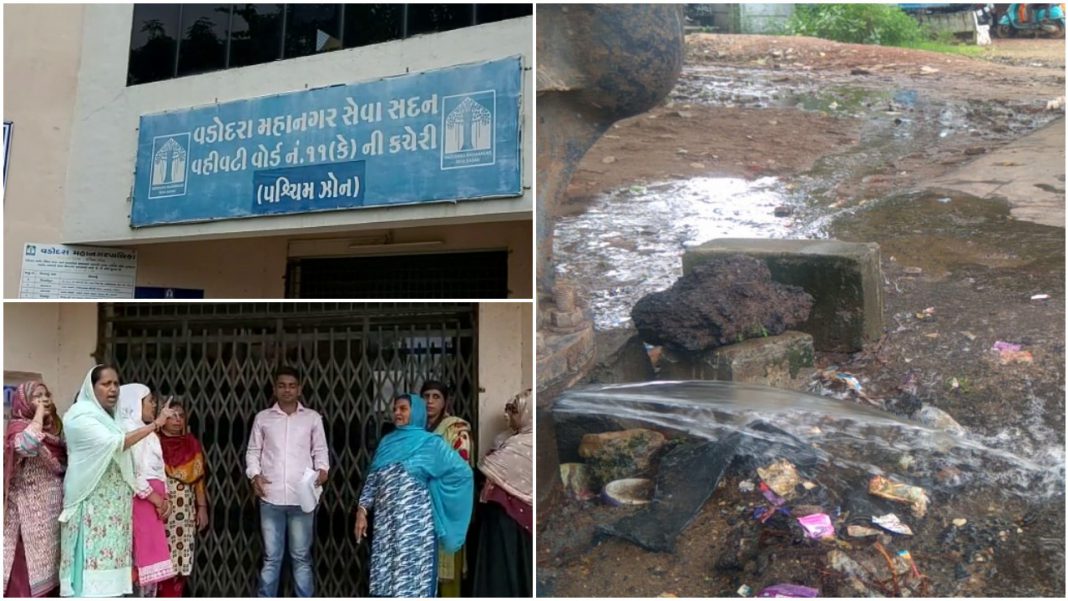 Demands water for them

Tandalja residents in Vadodara on Saturday locked the Ward 11 office in view of their demands for not getting water for months. The irked residents shouted slogans against the corporation and threaten to intensify their agitation.

The residents of Noorjahan park in Tandalja are facing the water problem for nearly five years and after repeated representations the matter is still unresolved. On Saturday the residents rushed to the ward 11 office and locked it to show their ire. They shouted slogans against the officials and corporation and threaten to intensify their protest in case their demands are not resolved at the earliest.

The residents said they are purchasing water for years and inspite of representations to local councillors, ward office, high authorities, the problem is yet to be resolved. They said three months earlier they aggressive protest against the problem and the administration promised to lay new line there. But noting is done and with no options left they locked the office from outside.

On the other side thousand litres of water get wasted due to a leakage in the valve near Kamlanagar at Ajwa road. Local social workers take the issue to the ward office to repair the valve but nothing is done yet. On Saturday they gathered at the spot and shouted slogans against the corporation.