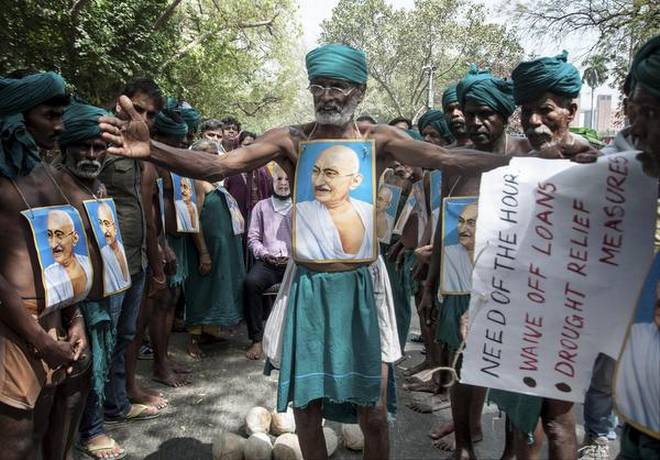 Later the police took over more than fifty farmers protesting and took the parliament route to the police station. The demonstrators are demanding relief package and loan waiver from the central government.

During the previous period, the voice of the farmers remained unheard of. Apart from this, they demand to meet Prime Minister Narendra Modi.