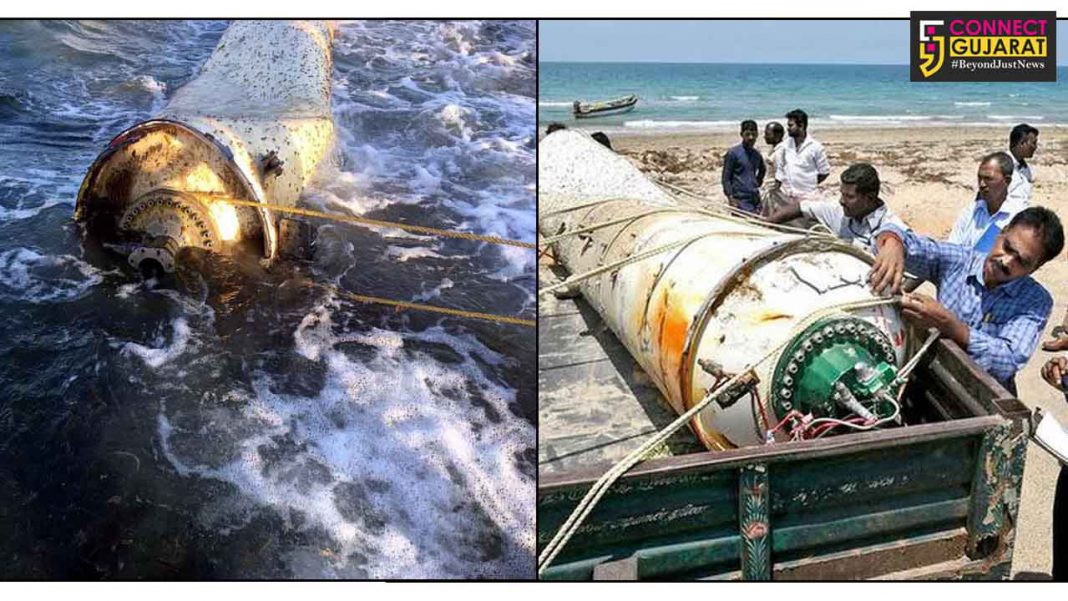 In Tamil Nadu, Marine police of the Coastal Security Group has retrieved a suspected second stage engine of Brahmos missile found in the Palk Bay on Panaikulam seashore near on Wednesday.

On being alerted by the local fishermen, the a marine police team led by Inspector of Police Felix Suresh Peter and Sub-Inspector of Police G Ayyanar pulled out the 15-ft long and one tonne weighing ‘engine’, found in waist-deep water in the sea, using ropes to the shore.

Police suspected that the cylindrical object was liquid propellant engine of the ‘surface to ship’ Brahmos missile and it could have fell into the Bay of Bengal after it was test fired in Odisha coast. The engine bore the logo of Brahmos and the date of October 24, 2016, implying the date of manufacture of the engine.

The local Bomb Detection and Disposal Squad (BDDS) examined the ‘engine’ with sniffer dog and opined that it posed no danger. Superintendent of Police Omprakash Meena, quoting BDDS personnel, said there was no suspicion about explosives in the cylindrical object.

The Marine police have informed the ISRO and the space agency is likely to send its team to examine the engine and decide on further action.