Take selfie and give respect to soldiers : Gautam gambhir 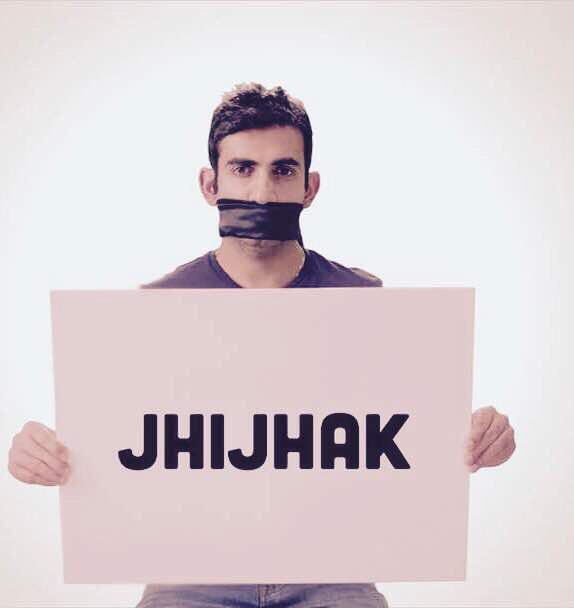 In the innovative campaign titled 'Jhijhak ki Patti' the video posted on Gautam Gambhir's Twitter account goes on to ask people to share their selfies with army personnel in their uniform with a specific campaign hashtag.

In a hugely inspiring video shared on his Twitter account, Gambhir has asked fans to greet Indian soldiers whenever they come across them.

Using placards and a tape on his mouth, Gambhir who has been fairly outspoken on matters related to the nation, especially the army, goes from one card after another to first pose question of whether people love and respect the soldiers. He further questions why people don’t get up to thank them for their service.

Gambhir, besides his words, has backed it with action. Gambhir had announced during the IPL 10 that his foundation will “take care of the entire educational expenses” of the children of Indian soldiers martyred in the Sukma Maoist attack in Chhattisgarh.

Prior to this, he had expressed his anger after a video of a CRPF jawan being kicked in Kashmir went viral. He had then tweeted, “For every slap on my army’s Jawan lay down at least a 100 jihadi lives. Whoever wants Azadi LEAVE NOW! Kashmir is ours,” and “Anti-Indians hav forgotten dat our flag also stands 4: saffron – fire of our anger, white – shroud for jihadis, green – hatred 4 terror.”

This time, the tweet simply said, “I have stepped out of my crease. Will you?” with the hashtag of #BharatPositive while tagging the Prime Minister’s Office, Major Gaurav Arya, Fever FM channel and Narendra Modi.