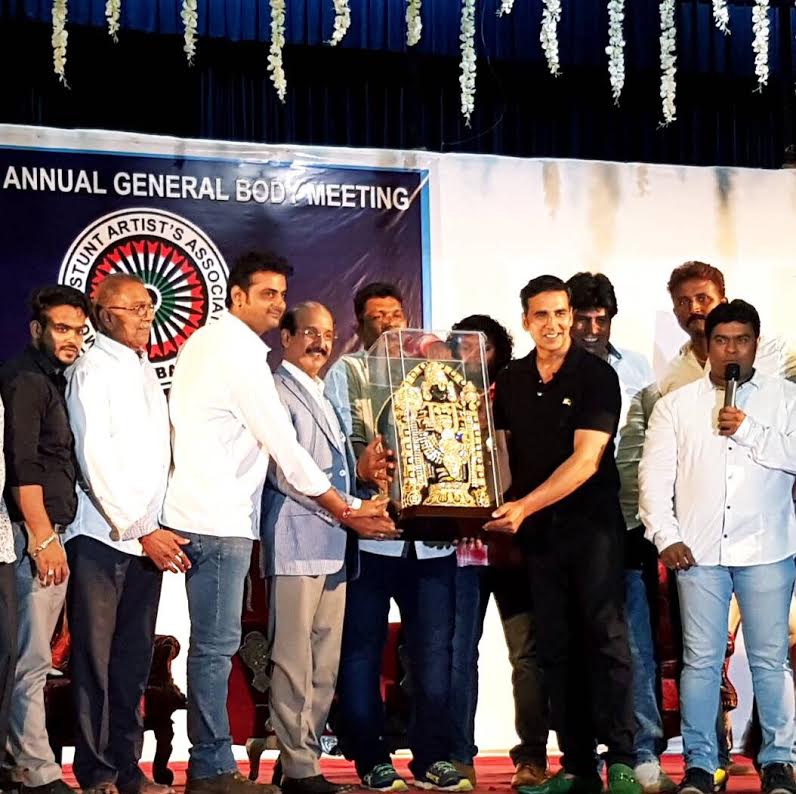 The Asian Heart Institute and Akshay have partnered to give insurance to 370 stuntmen under the Health and Accident Insurance Scheme for the year 2017-18.

In 64th National Awards Akshay Kumar Awarded as Best Actor for his movie Rustom. Since then he was been criticized saying that he got the award because of ignorance of Dangal and Aligarh. But now answering all the criticisms he said if they think i am not eligible for that award than “Take it Back”.

Akshay Said “I have been listening to this from the last 25 years, that whenever any one wins something, criticisms & discussions begin. There is nothing new in this. Some people always create controversy.