Prime Minister Narendra Modi spent some time with the “Taarak Mehta Ka Ooltah Chashmah” cast members including Dilip Joshi, Gurucharan Singh and Sonalika Joshi in the Capital over the weekend. It was nothing less than a proud moment for the actors, who went back with moments they will cherish forever.

The team of “Taarak Mehta Ka Ooltah Chashmah” was part of a huge Bollywood group that met PM Modi on Saturday, where the Prime Minister encouraged the film industry to make more films on Mahatma Gandhi and Gandhism. 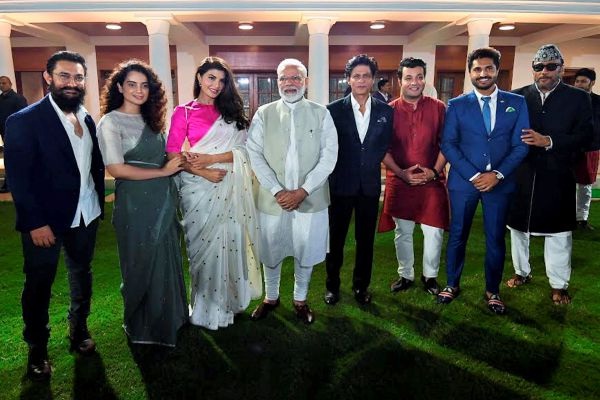 Sonalika Joshi took to Instagram to post a screenshot of a photo featuring some of her co-stars with PM Modi. “So so proud feeling and feeling so blessed. Thank you, Taarak Mehta,” she captioned it. She also posted shots of Rashtrapati Bhavan, all lit up in the evening.

Her co-star Raj Anadkat also posted the same photo and wrote: “Best moment of my life. Feeling on the top of the world. Blessed, thankful and grateful to share this best and proud moment with @tmkoc_ntf. Thank you @narendramodi sir for having us. It was pleasure meeting you.”

Best moment of my life… 😍 Feeling on the top of the world❤️ Blessed, Thankful and Grateful to share this best n proud moment with @tmkoc_ntf 😍❤️ Thank you @narendramodi sir for having us❤️🙏🏻it was pleasure meeting you😊 . . . #rajanadkat #narendramodi #pm #tmkoc #blessed #happy #thankful #proud #lucky #love

The daily show aims to bring about a positive transformation in the audiences’ perception towards societal issues through comedy.

0
Southern Command, Pune is organising an open online competition with theme ‘Indian Army: A symbol of unity in diversity’.  The contest is...
Read more
Gujarat

0
Traders set less target sales and expect loss On the occasion of Dussehra, people had gone out in Vadodara...
Read more
Gujarat

0
In a shocking incident a seven days old girl was found abandoned at Jambuva housing near Vadodara. Police reached the spot and...
Read more
Gujarat

0
More than 270 times dialysis done of needy patients Corona's influence was felt in all spheres of life including...
Read more

0
Southern Command, Pune is organising an open online competition with theme ‘Indian Army: A symbol of unity in diversity’.  The contest is...
Read more