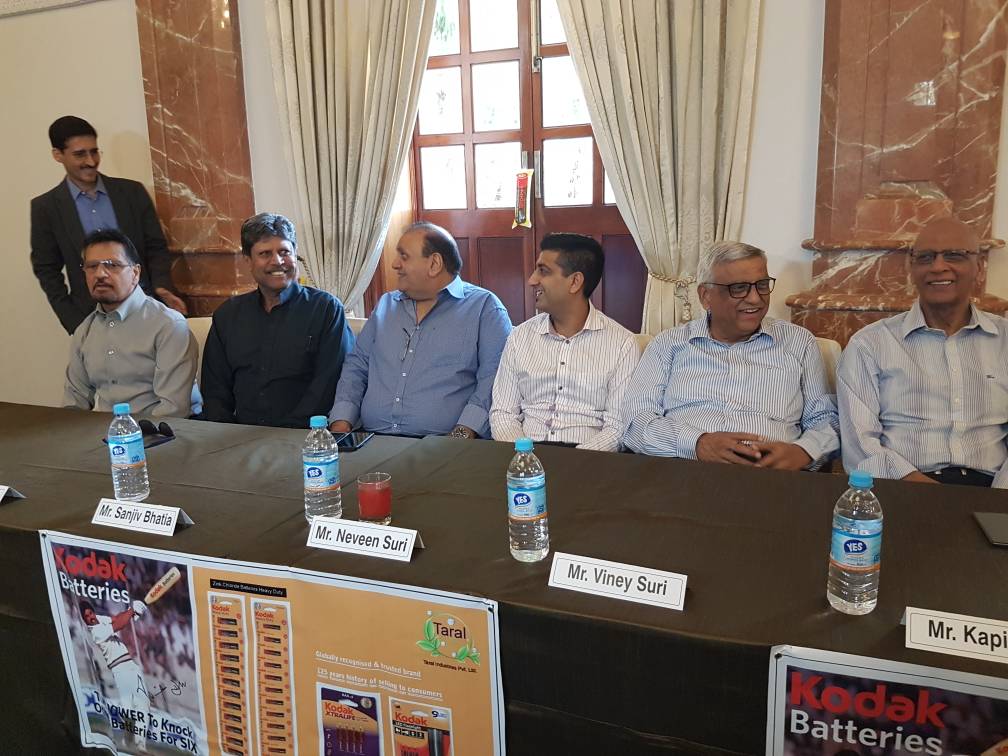 Former captain of Indian cricket team Kapil Dev is all praise with the T20 format of the game and said that the platform is very useful for the youngsters. He said the game is loved all across the globe and one cannot deny its usefulness in view of the longer version of the game.

Kapil Dev is in Vadodara for the promotion event of Kodak batteries in India. Speaking on the sidelines of the event he said the present cricket team is good as many players are coming playing good cricket. He also said the IPL is the perfect platform for such players helping them build their confidence.

“IPL is the good platform for the youngsters as it helps them to increase in their confidence which is good for the game. In our times where we fear to play in international matches and alongside international players, the young players shared the dressing room with them and play alongside which helps them learn a lot about the game. The confidence of the players increase 100 times due to playing in IPL like tournaments,” said Dev.

Kapil Dev said that the T20 like tournaments are the perfect platform for the players to grow and improve their cricket. “Players like Jasprit Bumrah and Nitish Rana comes out playing the same cricket and show their talent. It’s after that how they perform and continue their hardwork after selection in the national team,” said Dev.

About experimenting Test cricket playing under lights he said experiment is good as it only benefit the cricket. He also said that the betting is not good for the cricket. On Lodha Commitee report which stops the revenue to cricket board he said the only thing is cricket which has to be there the revenue will come later.

Finally he said that the present lot of players are good in the team and if there is healthy competition between them then the game will be more worthy.