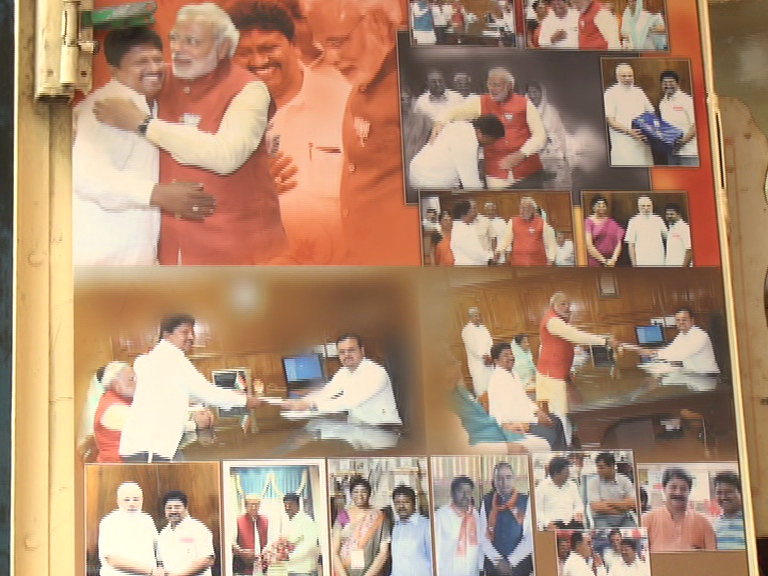 Since the Swine Flu scare landed in India everyone is trying to find out the remedy for the disease. This year Vadodara is reeling under the same scare as more deaths are reported after each passing day. With Ayurvedic and Homeopathic medicines are available to protect the people a local tea vendor in Vadodara served medicinal tea to his customers to protect them from Swine Flu.

Kiran Mahida the proposer for Prime Minister Narendra Modi when he contested from Vadodara is running his tea stall for years in front of the VMSS office. He served medicinal tea to his customers in view of the Swine flu scare in the city. The tea vendor Kiran Mahida runs his tea shop for the past 45 years in the market area and has a good customers list.

“After the Swine Flu scare in the city I decide to serve medicinal tea to my customers to protect them from the disease. I serve them tea enriched with Tulsi, Pudina, Ginger and Cardamom (Ilaichi) as they all are considered to be ayurvedic drugs and have the potential to fight the flu,” said Kiran Mahida.

The customers regularly visited to the stall of Kiran bhai also appreciated the initiative in this time. “It’s really nice to have such thing as the taste of tea is quite good. The tea is such a thing that one can live without and having such medicinal tea its really a good way to protect ourselves from the flu in addition with the meedicines,” said one of the customers.

The tea is like a ayurvedic medicine which protects us from the disease and also gives us the taste of traditional tea at no extra cost, added another one.