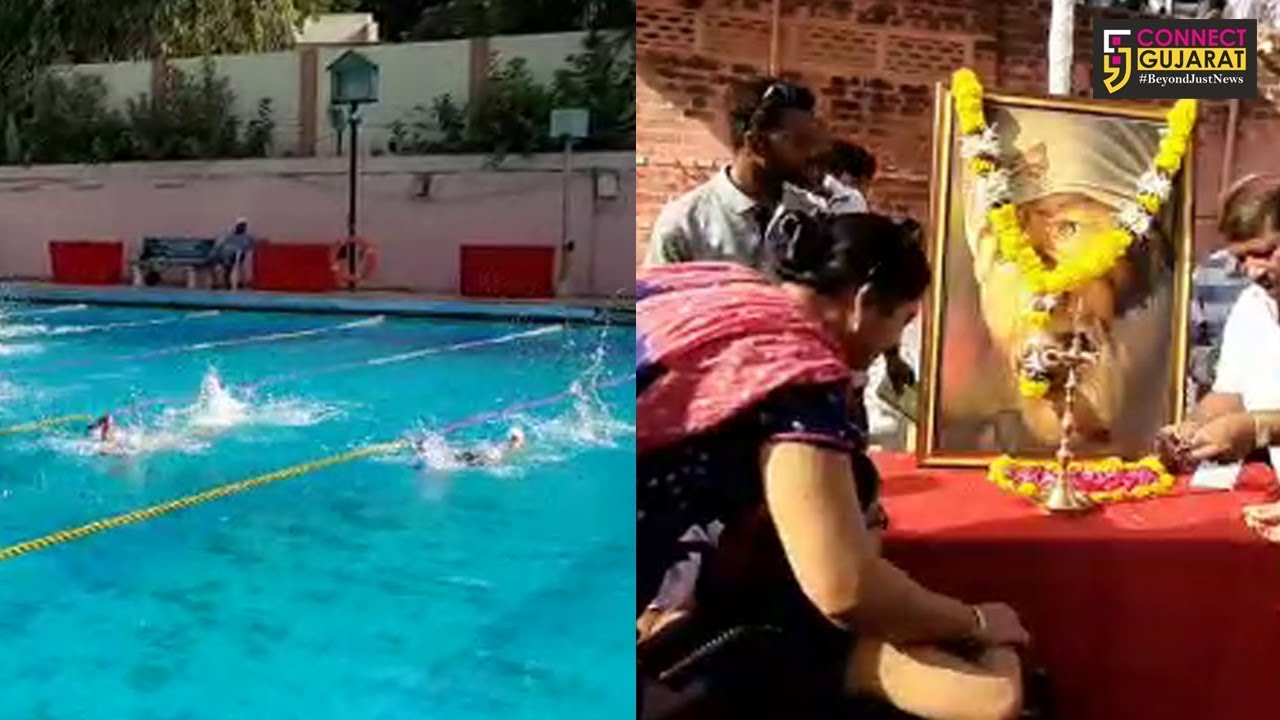 50 Divyangs took part along with other swimmers

Municipal Councillor from Vadodara Rajesh Aiyre point finger on the sorry state of corporation running swimming pools in the city as he inaugurated a swimming competition on Thursday. Around 1200 swimmers took part in the competition which also includes Divyangs and couple from Japan.

Around 1200 swimmers including Divyangs took part in the Sainath Charitable Trust organised swimming competition inside Sardar Baug swimming pool. The winners are later felicitated with prizes on the spot to boost their morale.

RSP party Councillor Rajesh Aiyre said the aim is to give a platform to the swimmers to show their skills. He points finger on the sorry state of corporation run swimming pools and demand to maintain them and also start new ones to boost the sport. He approached the authorities earlier and now once again will approach them about the issue.