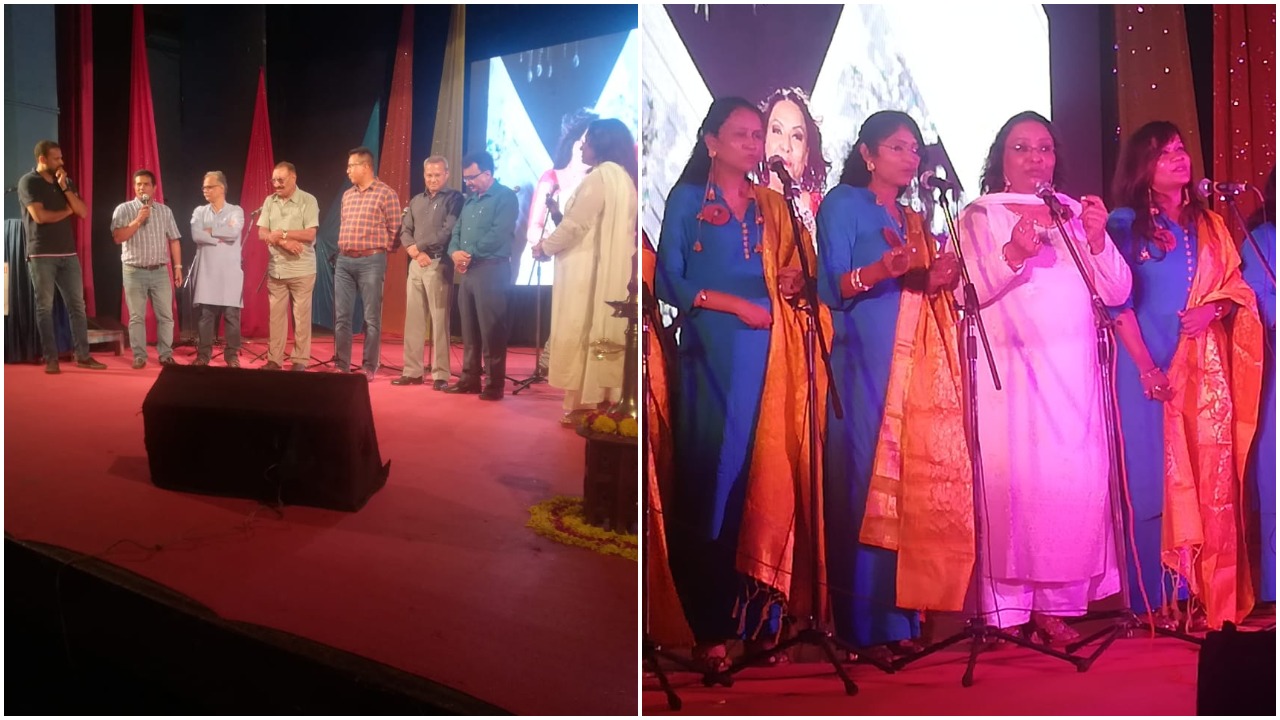 Mesemerise the audience with melodious songs of old era

It was an evening to remember as the 17 dynamic ladies called themselves #Singing Divas mesemerise the audience with old melodious songs took everyone to the era. The occasion was the album launching of the group who made the city proud after reached the semifinals of this year's India Got Talent (IGT) reality show.

The women from Vadodara all between the age of 45 to 60 years prove themselves on national stage and break the shackles of being limited to be called just housewives. After cleared the first round of reality show India's Got Talent (IGT) they reached till semifinals of this year's competition.

Now the ladies associated with Swaranjali Music Academy took one more step further in their career and released their first ever music album in the city. 'Khwahishon Ki Udaan' is the maiden attempt by the ladies to showcase their talent to the larger audience.

"Post India's Got Talent a lot many people wanted to see and hear us and that gives us the idea of launching our Video Album. "KHWAHISHON KI UDAAN" is a befitting introduction to my highly Talented and enthusiastic team who have stepped into the second Innings of their lives and gives them a well deserved opportunity to let their ambitions fly again. We represent the modern women of INDIA and our album is the Medley of old and new songs," said Minakshi Manhas owner Swaranajali Music Academy.

The launch was attended by Police Commissioner Anupam Sinh Gahlaut, ONGC ED, cricketer Yusuf Pathan and many others. They all enjoy the evening of old and modern songs in the voice of these dynamic ladies who became inspiration for everyone.