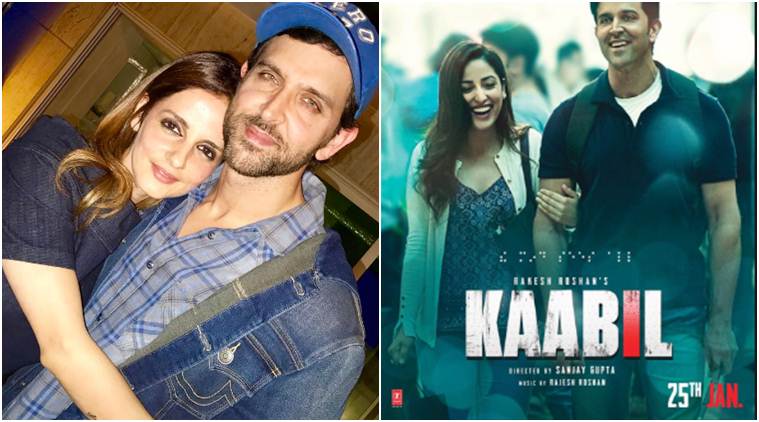 Interior designer Sussanne Khan has lauded her former husband Hrithik Roshan’s performance in the upcoming film “Kaabil” and says it is the most “hearted performance” in Indian cinema.

“The most hearted performance in the history of Indian cinema Hrithik! ‘Kaabil’ will melt you! Kudos to the team Yami Gautam, Sanjay Gupta,” she tweeted.

The 38-year-old entrepreneur also shared a photograph of her hugging the “Bang Bang!” star and said she was “incredibly proud” of him.

“Eternal sunshine of the spotless mind… so so so incredibly proud of you Hrithik,” she captioned.

“Kaabil” is a love story of a blind couple. The film shows what sets the man on a revenge spree against the villains essayed by Rohit and Ronit Roy.

The film, also backed by his father under his banner FilmKraft Productions, will release on January 25.