Susannah Mushatt Jones who held the title of “world’s oldest living person”  has died at the age of 116.She was the last American born in the 19th century.She was born on July 6, 1899 ,she passed away in a Brooklyn nursing home where she had lived for three decades.

She credited her long life to not drinking, smoking or partying, a family member told to news agency,fresh fruit and vegetables ate during her childhood helped her to maintain health. 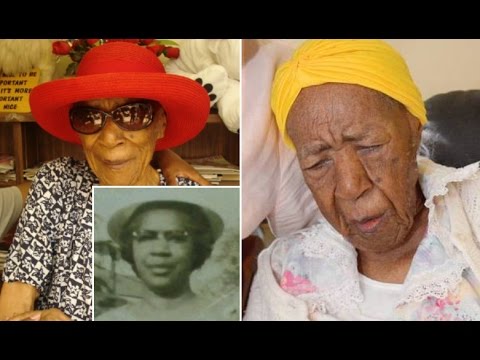 Her grandmother lived to be 117 years old, according to US census data.Her reign as the world’s oldest person commenced last year when 117-year-old Misao Okawa died in Tokyo in April 2015.

Now, 116-year-old Emma Morano from Italy, born after Jones on November 28, 1899, is the world’s oldest person and one of the last living links to the 19th century.

0
The ASI of the PCR van was injured in Vadodara after the attack on the police by a group clashed late night...
Read more
India

0
The ASI of the PCR van was injured in Vadodara after the attack on the police by a group clashed late night...
Read more
- Advertisement -