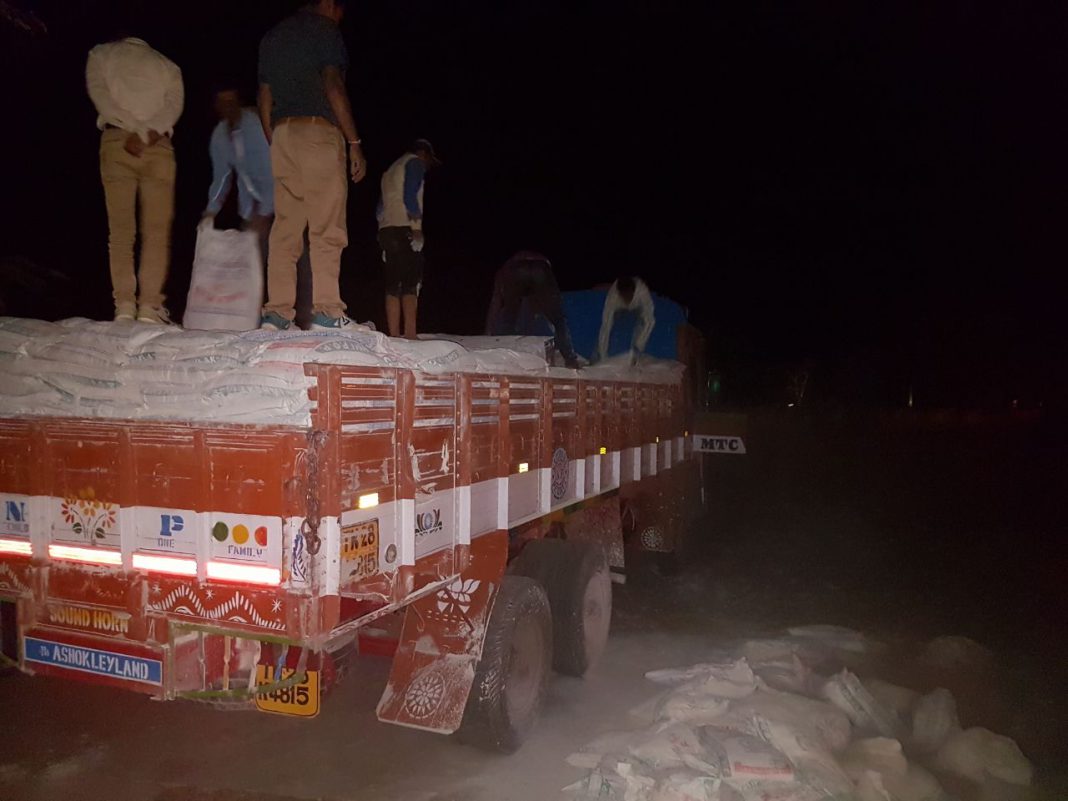 The Head Constable of Highway Traffic Yogendrasinh recieved the input and they kept a watch near Morvad village on Limbdi Rajkot National Highway. During Nakabandi the police intercepted a truck and after checking inside found 5236 bottles of foreign liquor worth 22,72,800 and arrested Azad khan Pathan from Chitodgarh Rajasthan. The police also took custody of the truck and also recovered mobile, cash and powder along with the liquor total worth 32 lakhs 96,600 from the spot.

The truck driver Jamil khan Pathan fled from the spot leaving behind the truck. The bootlegers used plaster of peris POP sacks to hide the liquor bottles and while passing was caught by Surendranagar police. An offence is registered at Chuda police station against the driver who fled away from the spot and the arrested cleaner. The police is further investigating to know the whereabouts of the persons from where the consignment was taken and to who it is to be delivered. The police is seeking remand for the arrested accused and hunt ka on to nab the driver.