The Supreme Court on Monday quashed the law passed by Uttar Pradesh government granting permanent residential accommodation to former Chief Ministers of the state. The top court in its order said that former chief ministers of the state are not entitled to government bungalows. While striking down the UP government’s law granting permanent residential accommodation […] 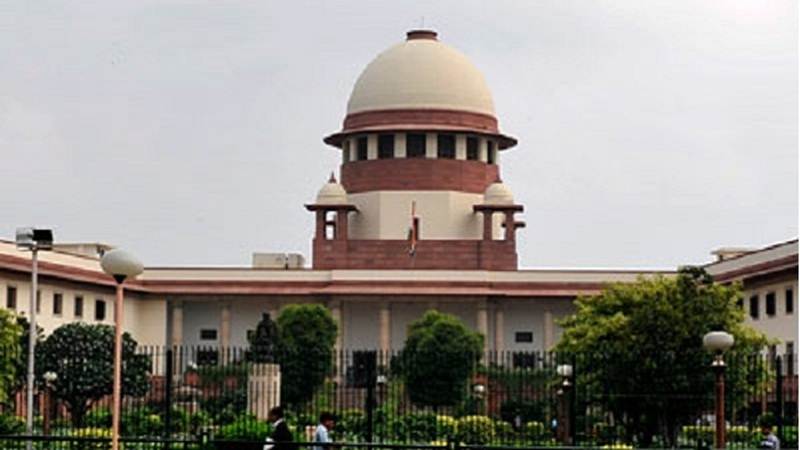 The top court in its order said that former chief ministers of the state are not entitled to government bungalows.

While striking down the UP government’s law granting permanent residential accommodation to former Chief Ministers, Supreme Court said that Section 4(3) of UP Ministers (salaries, allowances & miscellaneous provisions) Act, 2016 is unconstitutional.

Last month, the apex court had reserved its judgment on a plea challenging the amendments to an Uttar Pradesh legislation allowing ex-chief ministers of the state to continue occupying government bungalows.

A bench comprising justices Ranjan Gogoi and R Banumathi had said it would interpret and decide the validity of the amendments to the Uttar Pradesh legislation only. The court said that it had given an opportunity to the Centre and all the states to express their views on the issue since its verdict might have an impact on any such rules framed by other states or the union government.

“We are only deciding and interpreting the validity of Uttar Pradesh rule. Suppose, if the Uttar Pradesh rule goes, what effect will it have on the central rules or state rules, that is for you (Centre and states) to see,” the bench told the counsel appearing for Centre and other states on April 19.

The bench had said it was due to this reason that the court had given an option to other states and the Centre to express their views in the matter. The apex court had earlier observed that if the provision, which has been challenged by NGO Lok Prahari, was held invalid, then similar legislation in other states might also come under challenge.

Earlier, senior advocate Gopal Subramaniam, who is assisting the court as amicus curiae in the matter, in his suggestions given to the top court had said that after persons holding top constitutional posts demit office, they were like ordinary private citizens and were not entitled to official accommodation.

The NGO had challenged the amendments made by erstwhile Akhilesh Yadav government to the ‘UP Ministers (Salaries, Allowances and Miscellaneous Provisions) Act, 1981’. It also challenged another Uttar Pradesh law of 2016 called ‘The Allotment of Houses under Control of the Estate Department Bill-2016’ to regulate the allotment of government accommodations to trusts, journalists, political parties, speaker and deputy speaker of Legislative Assembly, judicial officers and government officials.

The apex court had sought the Uttar Pradesh government’s response in November 2016, after the plea claimed that state government has sought to skirt the Supreme Court’s verdict of August 1, 2016 by amending the law.

In its 2016 verdict, the apex court had held that the government bungalows allotted to the former chief ministers of Uttar Pradesh was bad in law and they should hand over possession of the bungalows occupied by them in two months.

It had also said the state government should recover appropriate rent from the occupants of these bungalows for the period during their “unauthorised occupation”.