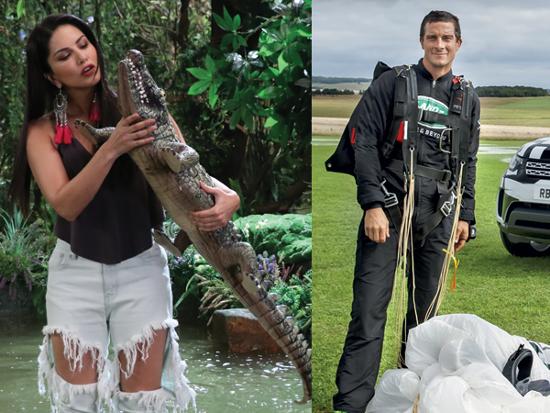 Popular British adventure show ‘Man vs Wild’ is all set to get a desi, dubbed version.

The UK show features host Bear Grylls sharing survival strategies in extreme conditions, while navigating through some of the world’s most remote locations. The Hindi version will have Sunny narrating Bear’s journey; she will also add spice to the narrative with some stunts and a dose of humour.

Informs a source, “As a host, Sunny will take the audience through Bear’s adventurous journey. The set of a huge jungle with a pond has been created and there will be scenes of the actress in the pond, in order to give a feel of the show.”

On her part, Sunny says, “I will be seen in an all-new avatar, as I will be trying my hands at comedy as well. I will also be attempting some adventurous stunts.” The show has been titled ‘Man vs Wild With Sunny Leone’.