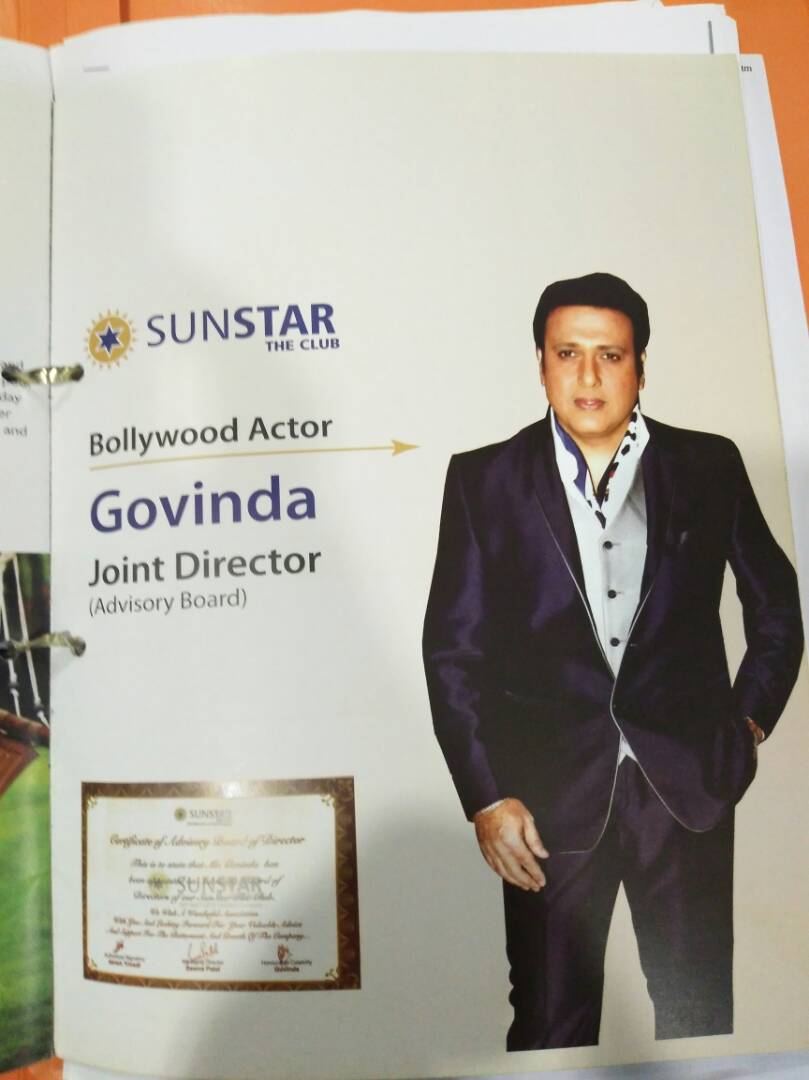 Consumer Court Vadodara issued Sumons to Raman Kapoor, Director of Sunstar Club along with Joint Directors Film star Govinda, well known Cricketer Kapil Dev and Bhojpuri  Hero Ravi Kishan. All of them are accused of opening a fraud company and cheated people in the name of giving them holiday packages. They have been ordered to remain present on 14/08/2017 before the consumer court. 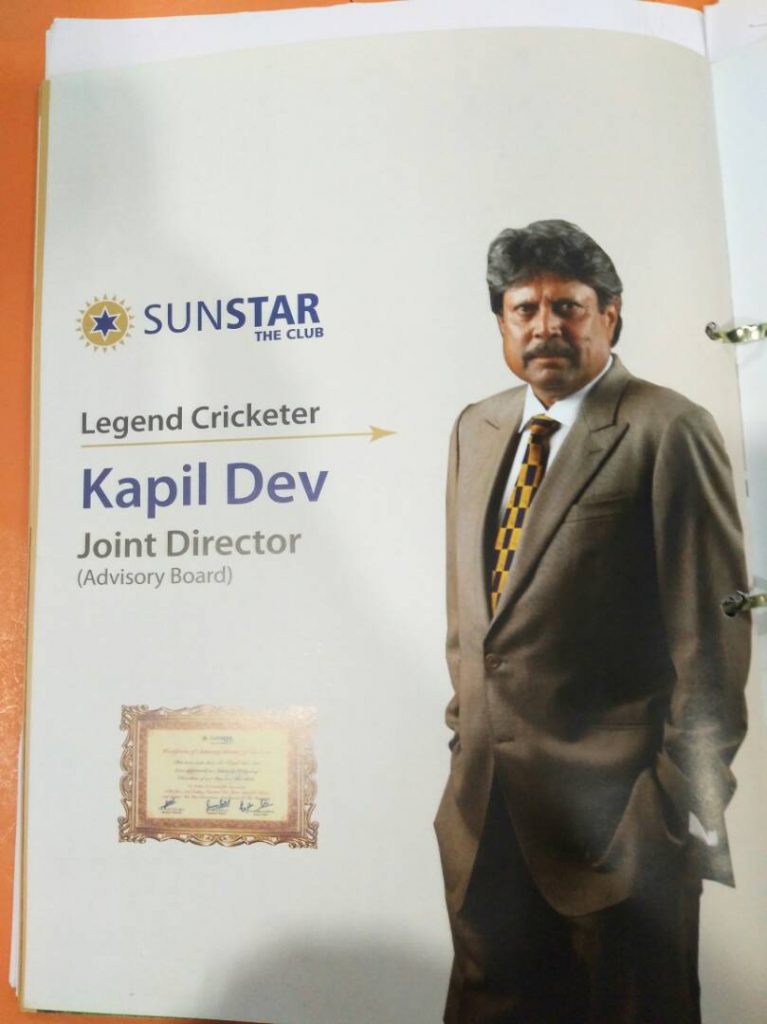 Earlier Jagrut Nagrik a organisation working for consumer related matters in Vadodara send legal notice to film star Govinda, Ravi kishen and cricketer Kapil Dev who are joint directors of Sunstar The Club. They are accused of opening a fraud company known as *SUNSTAR THE CLUB* – and had done wide scale marketing in Baroda for holiday packages. 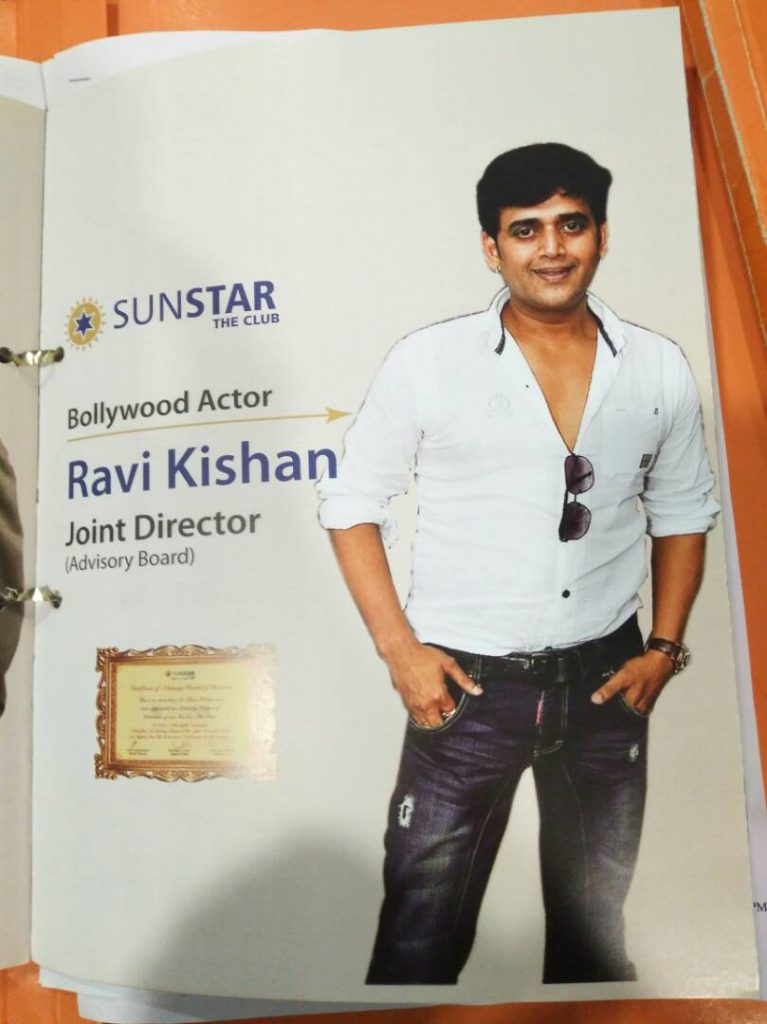 Many Barodians and Gujaratis have become members of it after paid a hefty amount. The members accused that they suffered a lot after visited their hotels they had mentioned during the presentation and spent from their own pockets. The company also closed their offices in Vadodara after which the cheated customers give complaint to the police.

Delhi police recently arrested the Sunstar main director Raman Kapoor and and other director his wife was arrested by Ahmedabad police. Now the people are hoping for getting their money back. 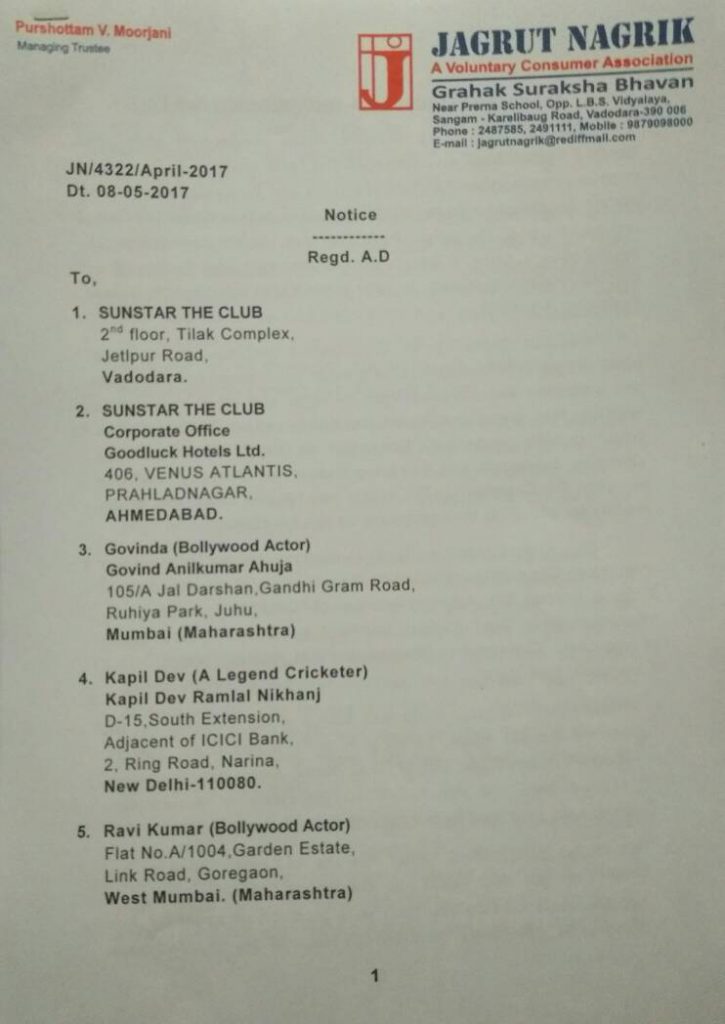 “Many customers registered complaint in Fatehgunj and Gotri police stations and out of them 9 approached to Jagrut Nagrik. A notice was served to them earlier for giving the money back but after 30 days there was no reply. Now consumer court served summons to them and ordered them to remain present on 14th August 2017,” said P.V. Murjhani M.D. Jagruk Nagrik.