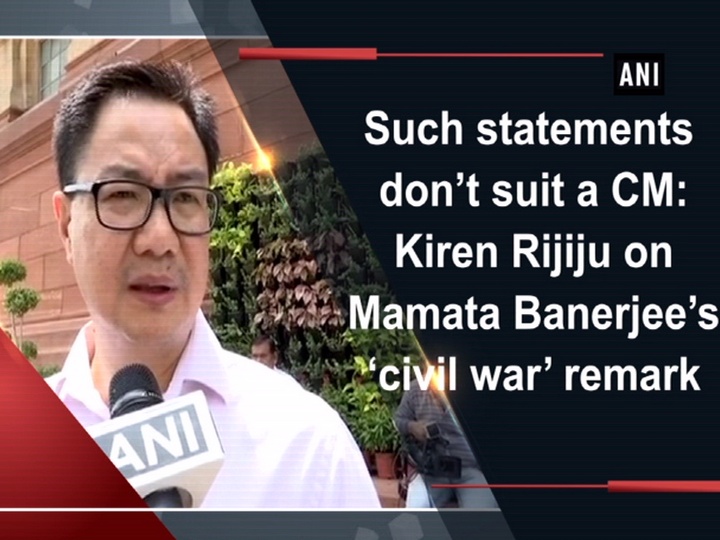 The WB CM had said that a civil war will break out over the NRC draft issued on Monday. Responding to this, Rijiju said, “Such statements don’t suit a chief minister. She should think of the message she is spreading.”

The NRC draft list, released on Monday, has incorporated 2.89 crore people out of 3.29 crore applicants, leaving out nearly 40 lakh people in the state. The list was released in line with the directions of the Supreme Court to identify permanent residents and illegal migrants from Bangladesh.