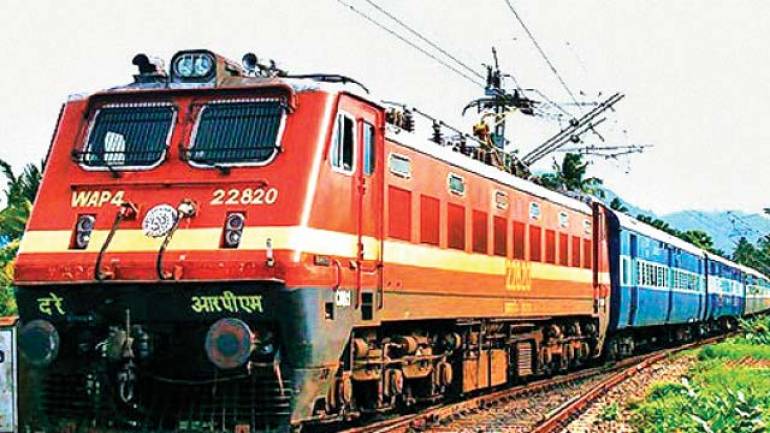 Western Railway’s planning and execution of monsoon related works at Nallasopara, finally paid off. In spite of decade’s heaviest rainfall in just 3 days (1000 mm +), services of Mumbai local were on instead of coming to a standstill.

According to a press release issued by Ravinder Bhakar – Chief Public Relations Officer of Western Railway, there has been unprecedented extremely heavy rainfall in Vasai- Virar area of Western Railway Mumbai Suburban since last 72 hours. Total rain recorded in last 72 hrs was more than 1000mm as against 550mm maximum noticed last year.

Despite the heavy rainfall in such a short span the suburban trains were running, though with restricted speed for safety. The meticulous planning alongwith the timely ground works, including intense cleaning of culverts and drains ensured that the water levels on railway tracks were at manageable levels.  Various pre monsoon works such as installation of Automatic Rain Gauge at stations, lifting of rail tracks, drone survey of whole area to ascertain flow of storm water, building 3 new underground drains through micro tunneling, cleaning of culverts and side drains, deployment of suction/desludging machines etc helped in keeping the water level on tracks from 100 mm to 200mm on all lines.

The water level on tracks in year 2018 was above 450mm though the rainfall was half than that in last 72hrs. To monitor the situation arising out of water logging at Nallasopara station area during night, General Manager of Western Railway A K Gupta along with Principal Head of Departments and Divisional Railway Manager reached control room, Mumbai Central for quick decision making and better mobilisation of men and material. This helped in restoration of services quickly and also in better crowd management at stations.

More than 600 officers and supervisors were deployed at various stations for carrying out restoration and for facilitating the passengers. More than 400 security personnels were deployed for crowd control management at various stations. Regular announcements were being made at stations and RPF used mega phones for directing the crowd. Social media and electronic media were continuously updated so that people were aware about the running status of trains.

Suburban Services :
There was no major disruption on Western Railway’s suburban section. In the morning wee hours, the long distance trains were running at restricted speed on Vasai-Virar section. To facilitate these trains, the suburban trains were running with reduced frequency. However, after 11.00 am the trains were running normal between Churchgate & Virar as the water level gradually receded on all 4 lines at Nallasopara. This year due to WR’s meticulous planning and ground level execution of monsoon related work, suburban services remained normal inspite of decade’s heaviest rainfall.

For Passenger Comfort & Convenience
1400 breakfast packets, 720 biscuit packets, 720 slice cakes , 2500 bottles of mineral water and 540 milk tetra packs were sent by a local train which left Mumbai Central at 6.47 am, for passengers stranded in long distance trains. 1400 breakfast packets were also arranged locally at Vasai Rd by ZRUCC member Shashikant and members of a Gurudwara at 7.00 am. Additionally some NGO’s too distributed food packets. In all 4400 food packets were distributed in 9 trains to the passengers stranded at Vasai Rd, Virar and Vapi. Five buses were arranged at Surat for passengers of short terminated trains.

In order to facilitate passengers, since Train No 22953 Mumbai Central- Ahmedabad Gujarat Express of 2/7/19 is cancelled , one special train will leave from Dadar to Valsad and stoppages provided of Train No 59023.

LIST OF TRAINS SHORT – TERMINATED/SHORT ORIGINATING/ WITH PARTIAL CANCELLATION ON 2/07/2019 :

TRAINS DIVERTED:
Due to Derailment in South East ghat section in Central Rly, some trains are diverted
1. 19567-Tirunelveli-Okha of 30.06.2019 & 17018 Secunderabad-Rajkot of 01.07.2019 will be diverted via Daund-Manmad-Jalgaon-Surat & onwards will run on proper route.