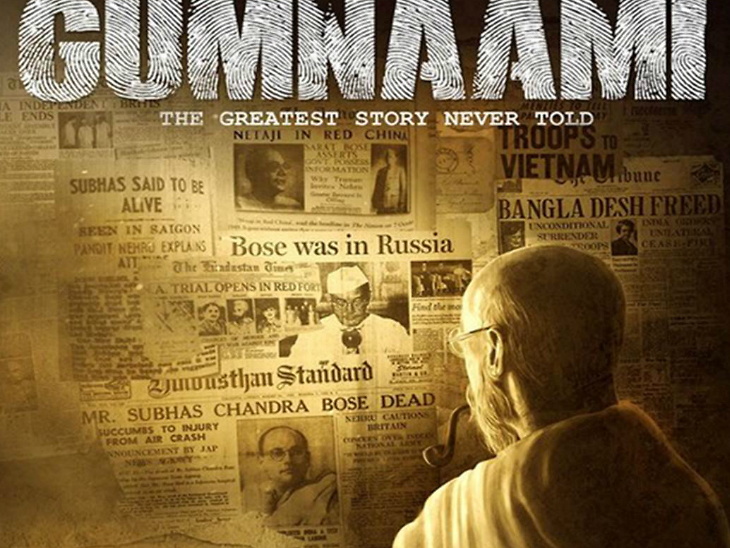 A fresh controversy has occurred over Bengali filmmaker Srijit Mukherji’s latest film “Gumnaami” as 32 members of Netaji Subhash Chandra Bose’s family have claimed that the director adapted the movie’s name from Gumnami Baba to Gumnaami to get the Censor Board’s clearance.

The film had already indulged into trouble for conspiracy theories over Bose’s disappearance.

The director, who on Sunday 8 September screened the film’s trailer. Gumnaami, which got CBFC clearance in the last week of August, will hit the screens on 2 October.

A statement, signed by Netaji’s niece Chitra Ghosh, his nephew Dwarka Bose and 30 other members of the Bose family, said on Monday, “For the past year, ever since Srijit Mukherji announced the film Gumnami Baba, he had said it is based on the book Conundrum by Chandrachur Ghosh and Anuj Dhar and had appeared with the authors.

Denying the charge, Srijit said in a Facebook post, “What absolute nonsense and a bunch of lies! The name of the film from day one was Gumnaami, in all announcements including the teaser poster. And the decision to base the screenplay on the Mukherjee Commision report and not Conundrum, was made before the film was shot, “months before this controversy.”

“Clearly the Bose family thinks one can overnight change the screenplay of a film and shoot it,” the filmmaker said.

Srijit also said that the film refers to all three theories over Netaji’s disappearance – his death in a plane crash in 1945, his death in Russia and the appearance of a hermit in Uttar Pradesh’s Faizabad in the 1970s, who many believed was Subash Chandra Bose in disguise.

He said,people of the country “deserve to know the theory about Gumnami and its confirmation” along with the two other theories over Netaji’s disappearance.

Srijit said, the members of the Bose family were “resorting to fascist arm twisting” technique.

‘Majority members of Bose family’ demanded the film should not be screened on the scheduled date and said “It is essential that the AIFB immediately dissociate themselves from this and actively oppose the screening which is nothing but defaming Netaji.”

Srijit on said Sunday that senior AIFB leaders had seen the trailer and agreed to see the premier of the film.