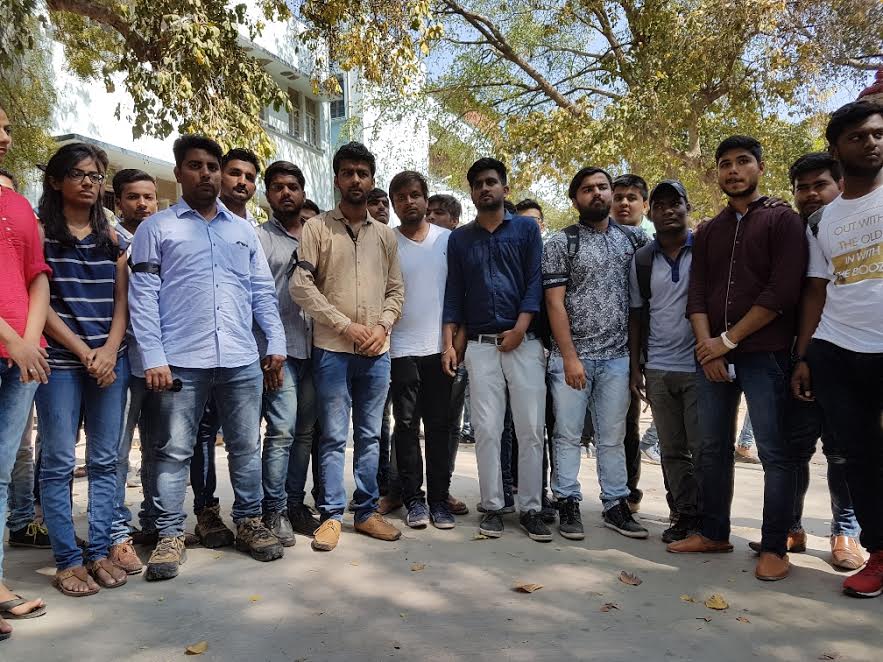 The NSUI group of students continued their protest on Monday and wore black ribbons to press their demands. They said they are with the ideology of Rahul Gandhi but protest against the corrupt system.

Present students union University General Secretary (UGS) Hitesh Batra, Vice President (VP) Priyanka Patel, Faculty GS, FR and CR representing NSUI resigned from the NSUI on Sunday. The leaders along with thousands of their supporters resigned after they felt betrayed by their own party and organisation. Its a shocker for the NSUI which swept the student elections in MSU after it was held a gap of three years. On Sunday the VP, UGS, FGS, FR, CR and nearly 4000 supporters resigned after they felt betrayed by their own party. "During membership drive we registered thousands of students from the MSU and when we received the list many were rejected. At the time of registration they make the mobile form also into consideration but later passed a clause that it is not considered and rejected the forms. We represent the matter to Bharatsinh Solanki, National NSUI President Amita Dhawan and other leaders but they didn't pay attention to it. The decision of rejecting hurt the ego of the students as well as we feel betrayed by our own party and organisation. So we resigned from our posts," said Hitesh Batra UGS MSUSU.

They demand that all the students be make members and until then will not take their decision back.