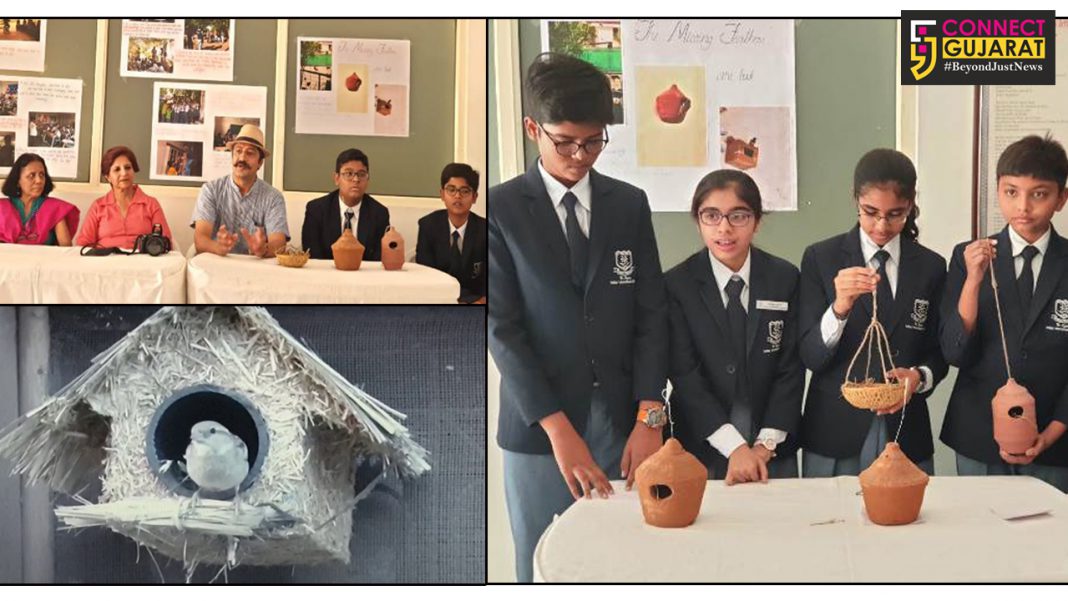 Managed to bring back the little birdie back home

World Sparrow Day is celebrated globally on 20th March with an aim to raise awareness towards conservation of “House Sparrow” a important bird in urban ecosystem. However with urbanisation the little birdie is slowly losing it’s place and on a verge of extinct.

With an aim to sensitise people towards the cause the students of Sant Kabir Indian International school make a documentary on sparrows and managed to bring back the little birdie back to their homes. The students also make a short documentary film about sparrows to spread awareness about saving the beautiful bird for the future.

Disappearance of house sparrow has been credited to urban architectural changes, landscapes modifications, changes in life style, and food habits of human and reduction in number of “Sparrow Friendly” trees. Reduced availability of insect larvae and radiation hazards from cell phone towers are also debated as possible reasons of disappreance.

With such topics in mind the eighth grade students of the school decide to shoot a documentary on sparrows on their own. With help from their teacher Hitarth Pandya they took the challenge to first gather the knowledge and then documented it as a film for the others to follow.

“The students first get the expert opinion and then decide to make a documentary on sparrows. They learn the art and make the film on their own. From scripting, shooting everything was done by them. They faced lots of challenges in the one and half year time like taking out time in between classes and visit to rural areas for shooting. Finally they complete it and now working on the second part after the sparrows come to them,” said Pandya.

The students feel glad with the experience as they managed to save the sparrows and help them live with the humans. “We need to gain the knowledge first about the sparrows and later implement it in our daily lives. We put up their homes at our house and after a long effort managed to bring the little birdie back home,” said Puja Shah one of the student.

The first part of the documentary showcase the sparrows nearly extinct from our lives and the second part will show the efforts by the students to bring back the bird to its habitat. The students are also planning to aware others and with joint efforts make a environment for the sparrows to live for them and future generations to come.