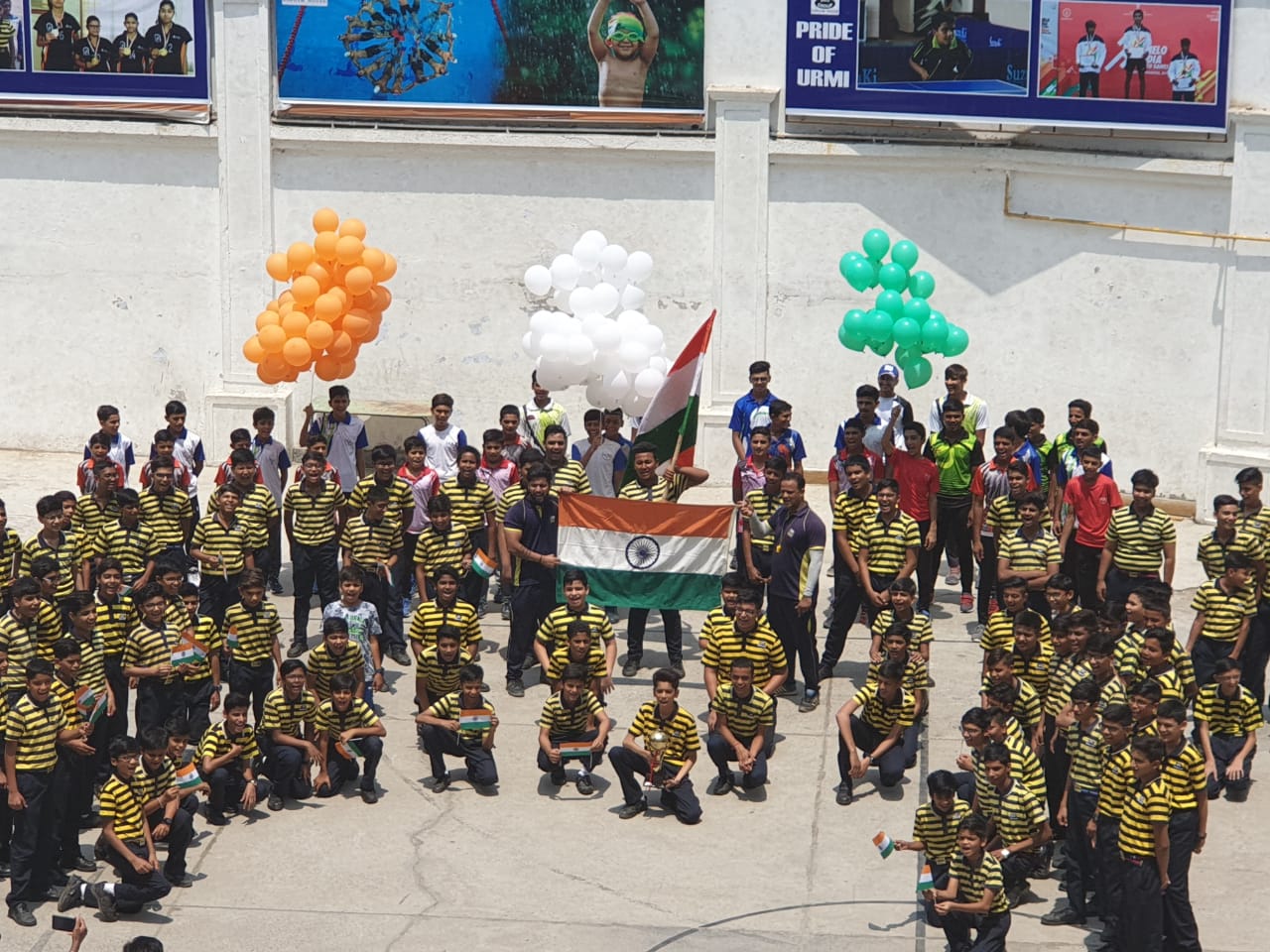 Wish them luck in remaining matches and lift the world cup

India starts it's cricket world cup campaign in style after beating South Africa and Australia in their matches. With such a roaring start the fans are now believing that the world cup will come to India for the third time. They are praying for the team and wish them luck through different means throughout the country.

The students of Urmi school in Vadodara also extend their wishes to the Indian team through a programme. Stand with Indian Flag and tricolor balloons in their hands the students shouted victory slogans for the team and wish them luck in their remaining matches.

The students cheer the team to continue their victory march in match against New Zealand and till the final to lift the world cup for the third time. It's a wonderful sight to watch as the tricolor balloons were later released in the sky with a hope of India become world champion again and show it prowess to the world.