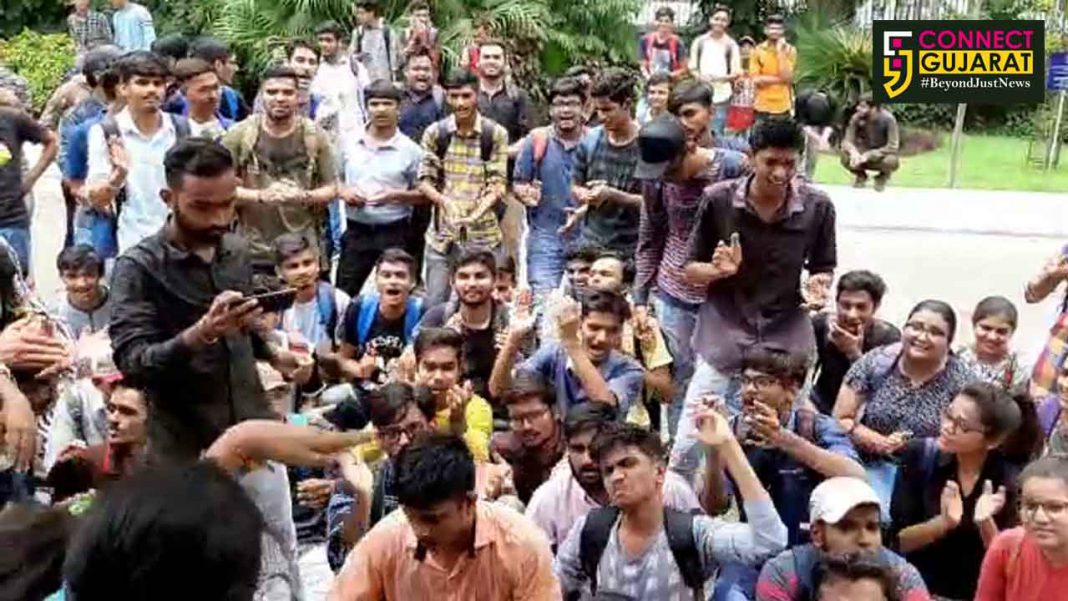 Demanding transfer of around 50 students on granted seats

Students of Science faculty aggressively approached the MSU Vice Chancellor on the matter of demanding transfer of around 50 students on granted seats. They demand the transfer of students passing the first years exam on higher payment seats to the granted ones. They also took out a rally from the faculty to the head office and stopped the VC car in view of their demands.

In protest of the same the students in big numbers took out a rally to the head office and approached the VC and stopped his car as he was about to leave from there. They shouted slogans against the administration and press forwards their demands.

The students association said last year the 48 students transferred to granted seats after they clear their first year exams. Similarly they demand this year students to be transferred to the granted fee seats.

The university administration said the students wish to transfer to granted seats have to go to Padra college for studies but the students demand to make them allow to study in Vadodara. They also threaten to intensity their agitation.