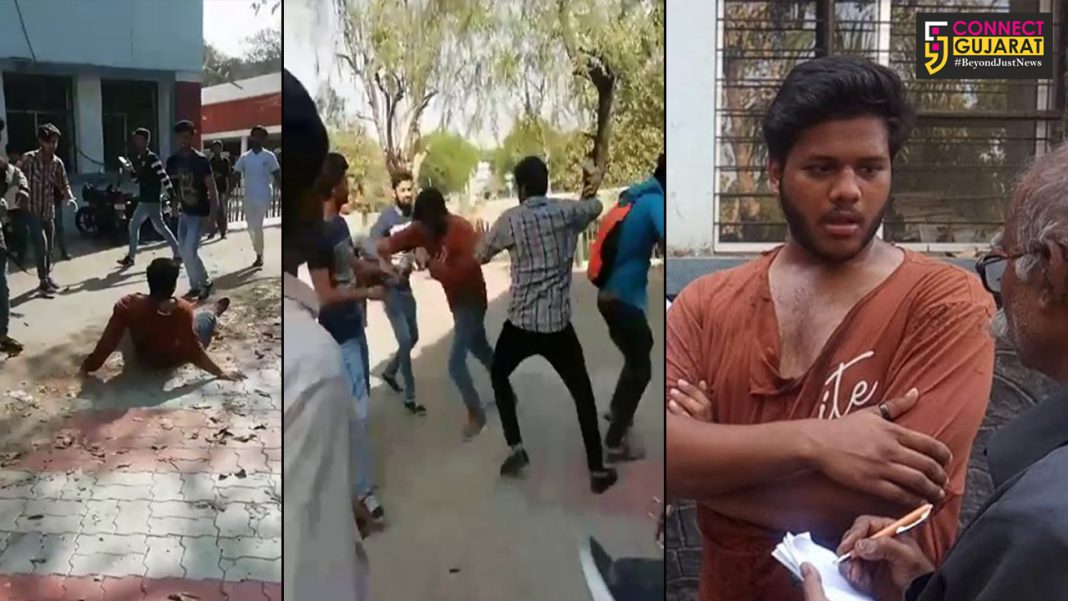 It was like a scene straight out of a bollywood film as six students of MSU beat another student at university building. Video of the same went viral in social media and put question over the security arrangements inside the university.

The famous MS University witness many incidents of  anti social elements involved in heated arguments and fights in the past. The administration also check frequently at hostels and other areas to check the gathering of such gatherings. However it continues and one such incident was witnessed inside the university where five to six students beat another student mercilessly.

The student named Vaibhav was beaten up by the group with belts, fists and they also torn up his clothes. The incident shocked the others as it seems like rowdism on the streets. The university security was no where to be seen and raised a serious question mark over security of the students. As per sources old argument led to the beating of the student.

The security later reached the spot and control the situation.