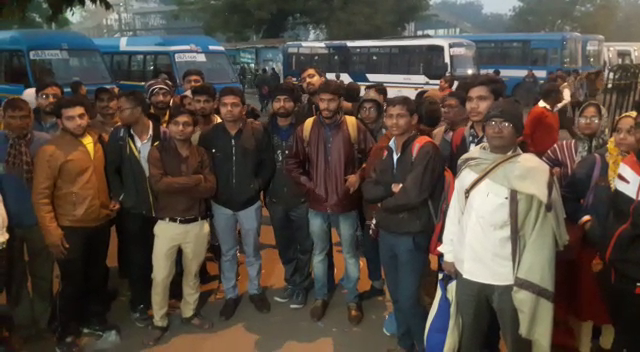 Reached early morning on Sunday and stuck due to marathon

Thousands of students are appearing in the Lok Rakshak Dal (LRD) exams in the state including Gujarat. However the students reaching early morning in the city stuck due to the marathon and accused the rickshaw driver for charging double money.

After the paper leak on earlier ocassion the government is taking the LRD exam on 6th January and students from all across Gujarat are appearing in their respective centres. However in Vadodara the students had to face trouble due to the Vadodara Marathon.

Students reached the city early morning to avoid the rush to reach the exam centres. However in absence of regular city buses they approached the autos but they allege that the driver charged double money to drop them at centres.

The bus operators said due to the Chief Minister arrival for the marathon various routes were closed.

Cyclonic storm expected in Arabian Sea on 16th of May