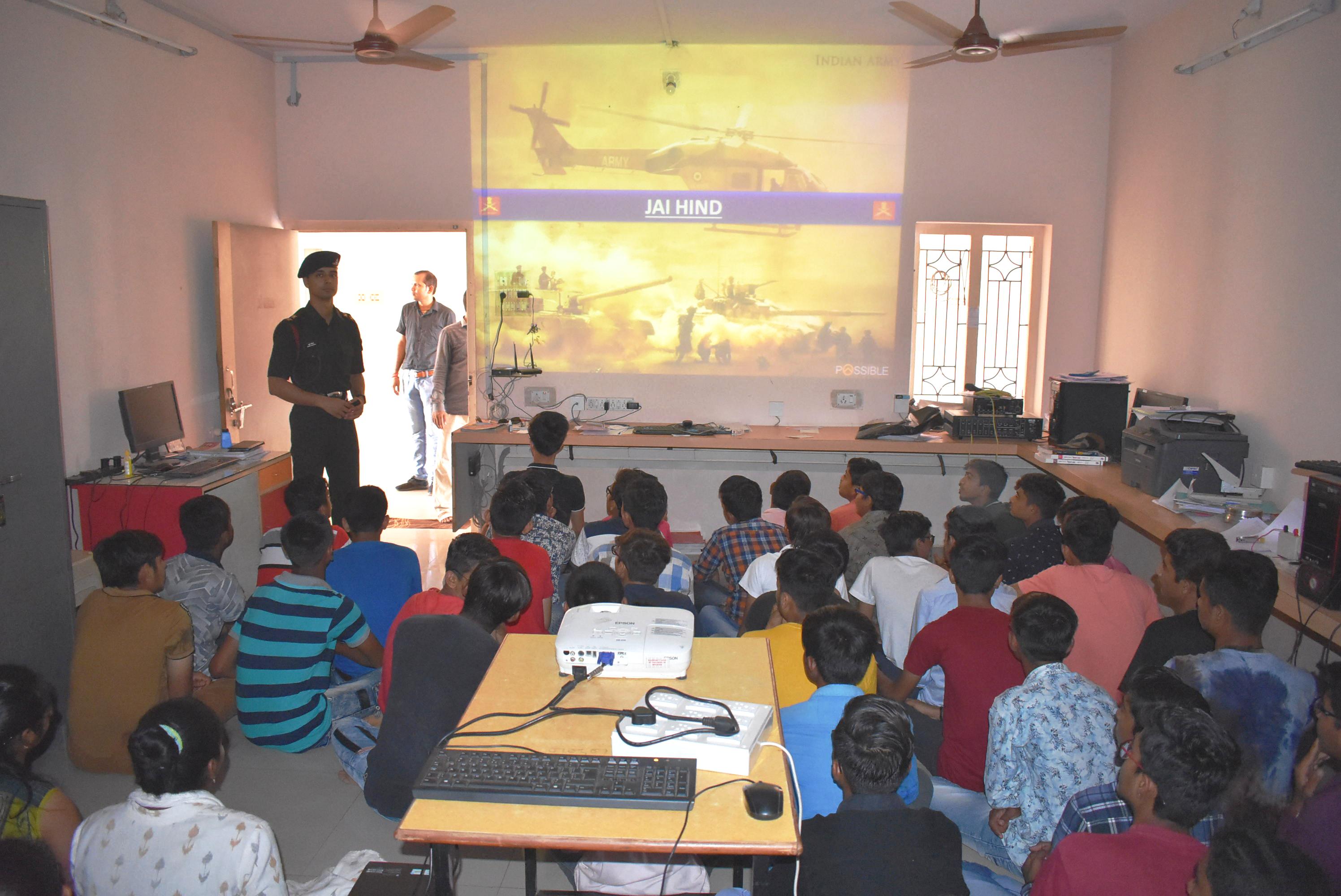 Students were briefed on career prospects in Indian Army, various entry schemes and pay and allowances. A motivational movie showcasing life style in the Armed Forces was also shown. The students were thrilled with the depiction of life of Indian Army and expressed their desire to join the Armed Forces. An interactive session was organized to answer the queries of the young curious minds.

The motivational talk emphasized on the ethos of the Indian Army towards strengthening the idea of India and living by the National values. The aim of the campaign was to foster the spirit of Nationalism and Patriotism among the youth, thereby motivating them to join Indian Army.