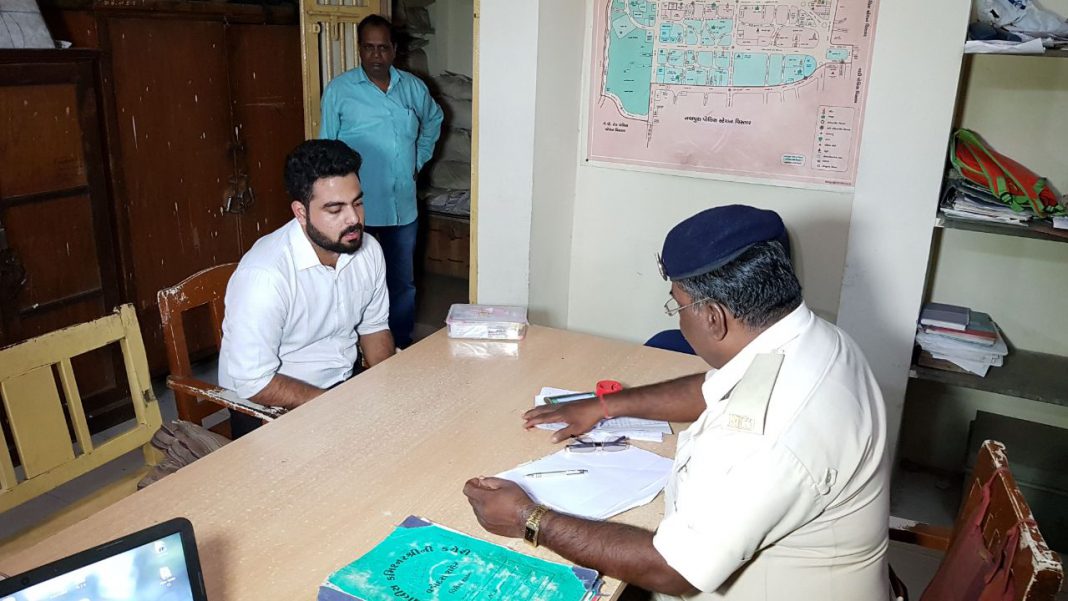 A former student of MSU Technology faculty Shubham Kaul put allegations on councillor Shailesh Mehta (Sotta) for kidnapping during the elections on Thursday. He said the persons who abduct him said he done wrong for supporting a independent candidate instead of ABVP in the elections. Shubham fought UGS elections last year under the ABVP banner.

In his complaint to the Roapura police station Shubham said he was abducted from outside the faculty when he was standing there. “Two or three persons came to me and said don’t involve in such politics and then forcefully pulled me inside a rickshaw. They then slapped me and took me somewhere in Mandvi area and asked me to sit there till 2pm. They then took my phone and send messages for supporting the ABVP to my contacts. Later they released me and said they get money to kidnap him. They also said the name of Shailesh Mehta Sotta behind this,” said Gupta.

However Shailesh Mehta (Sotta) said he has nothing to do with with the kidnapping. “I don’t know him and what is the use to kidnap him. I am here in front of the university as my daughter is contesting. The whole thing is politically motivated,” said Mehta.