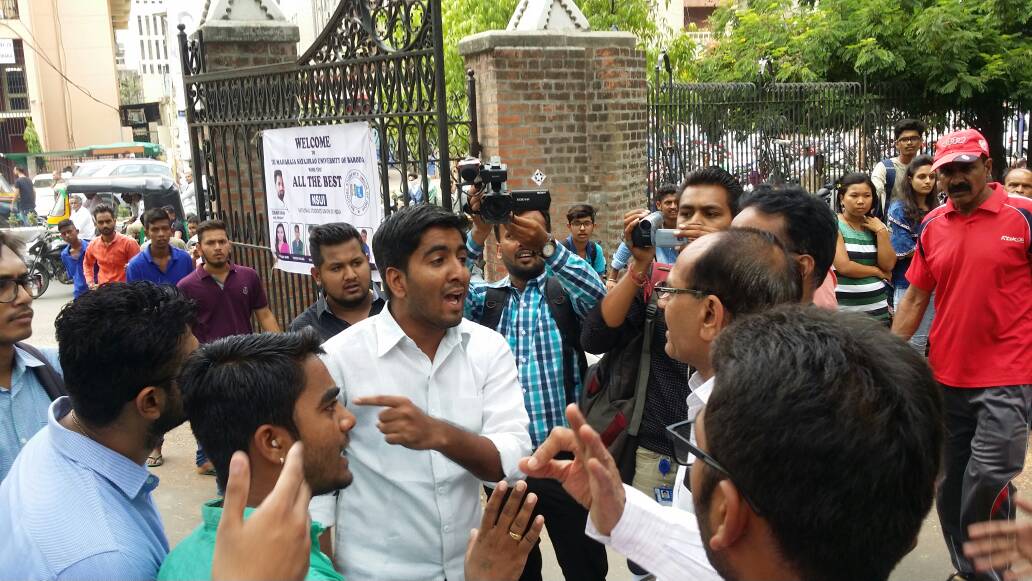 From Thursday the admission of the First year B.com started in the faculty but on the first day the two students groups ABVP and NSUI clashed inside the faculty surprised the first time students. Two students received injuries after the physical fight between the supporters of the two groups and they were rushed to the SSG hospital for treatment. The police also reached the spot after the complaint and bring the situation under control.

Sayajigunj police reached the spot after the information about the clash between the two students groups and control the situation. Top ABVP and NSUI leaders also reached the campus after the news reached to them.