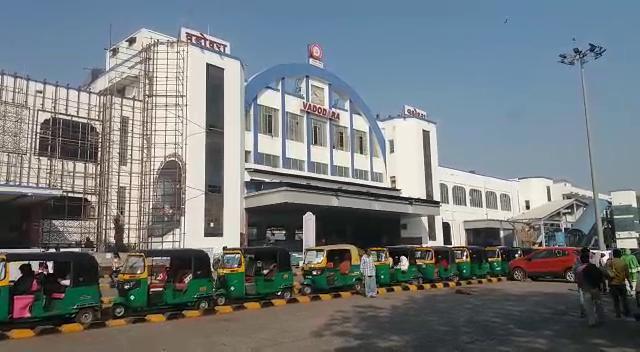 Checking at railway station, bus terminal and entry exit points to track down any unsuspicious activities.

Gujarat is put on high alert after the terror attack on the CRPF jawans in Pulwama and all the security agencies are taking extra measures in checking at public places. In Baroda also police conducted strict checking at railway station, bus terminal and entry exit points to track down any unsuspicious activities.

The railway police along with bomb and dog squad conducted checking at platforms, rest rooms, sitting areas, food outlets and others to check any suspicious movements or activities. The police also checked the luggage of the passengers arriving and get down from the inbound trains to Vadodara.

Similarly city police conduct checking at the bus terminal and passenger’s luggage at entry and exit points. The vehicles entering inside the city are also checked at the octroi points by the police.