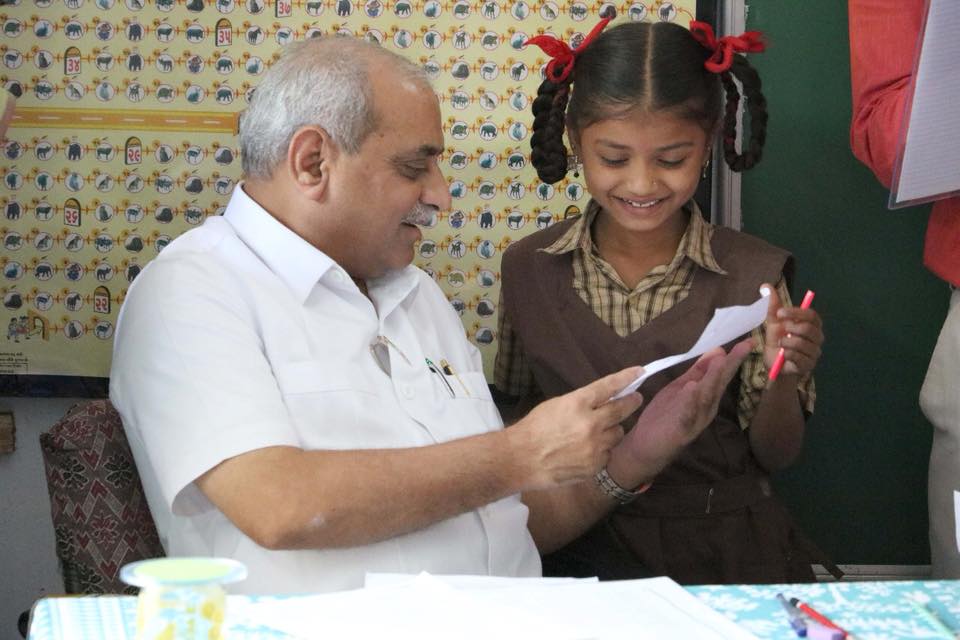 Gujarat deputy CM Nitin Patel said he personally don’t have any idea about Amit Bhatnagar made as brand ambassador of clean India Mission. Further he said that what he done is not right and strict action must be taken against him. The question arises during his visit to Vadodara as part of Gunotsav.

The deputy CM is in Vadodara for Gunotsav in one of the oldest primary school Mahapura in outskirts of the city. He said Vadodara is always in the forefront when it’s comes to education and Maharaja Sayajirao Gaekwad specially put focus on girls education.

He said the school has a good strength of boys and girls with good state of the art building and education. He said the government started the Gunotsav in 2010-11 and none of the schools from the district features in A plus category. But now he proudly said that 94 schools lists in A Plus followed by 594 in A and 429 in B grade. Only 21 schools left only in the last D category out of 679 and their target is to get every government school in the A plus and A category.

He said the education also improves and in the last ten years about 1 and half lakh teachers are appointed in the schools. They also allot 25,000 crores for education which shows how much the government is serious about improving the quality of education in the state.

On the matter of Amit Bhatnagar involved in 2600crore bank loan scam he said to have no idea about his appointment as brand ambassador of Clean India Mission. Government never declares anyone officially and  it’s the decision of anyone to join such a noble cause on his own.

He further said that Amit Bhatnagar is a big industrialist doing business for so many years. If he took money from the bank for his business then it’s his responsibility to repay the amount as its the money of the people they deposit in their accounts. The government is strict against such scams and stricter action will be taken against anyone involved in such practices.