Protest against the merger of three banks.

Bank employees in Vadodara observed a stay out strike on Wednesday against the merger of three banks. They shouted slogans against the government policy and request them to take back their decision of merger at the earliest. 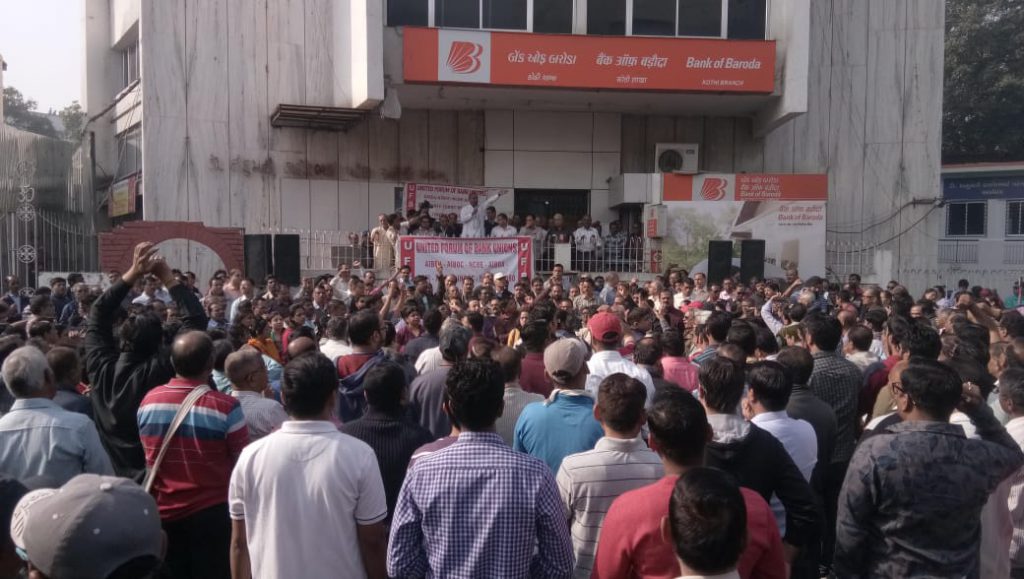 Hundreds of bank employees joined the stay out strike called by United Forum of Bank Unions on Wednesday against the merger of three banks Bank of Baroda, Vijaya Bank and Dena Bank. They call the merger will effect the man power as they lose their jobs and it is totally against them. They requst the government to take back the decision at the earliest.

They said the government decide to merge the three banks but the effect will be directly on the employees as many will lose jobs. In this tight market situation their future seems to be in dark as the IBA is also not listening to their pleas. They threaten to intensity the agitation if the government fails to listen to their demands. 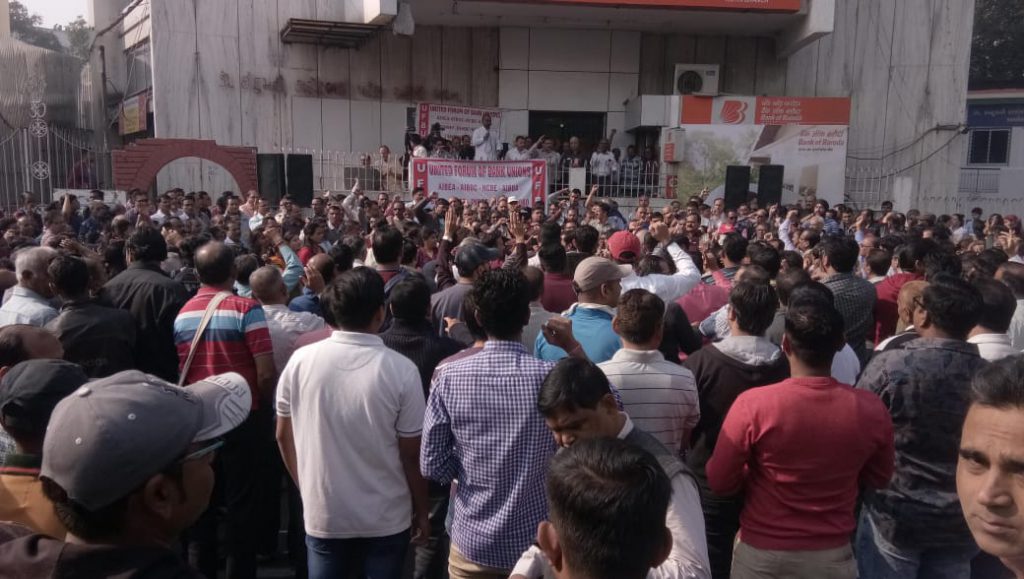 Due to the stay out strike the routine working of the bank came to a halt and people get affected as after the Christmas holiday yesterday they are unable to get on with their transactions.