Connect Gujarat
#Beyond Just News
More
Home Gujarat State Monitoring Cell caught 44lakhs worth liquor from inside a truck near... 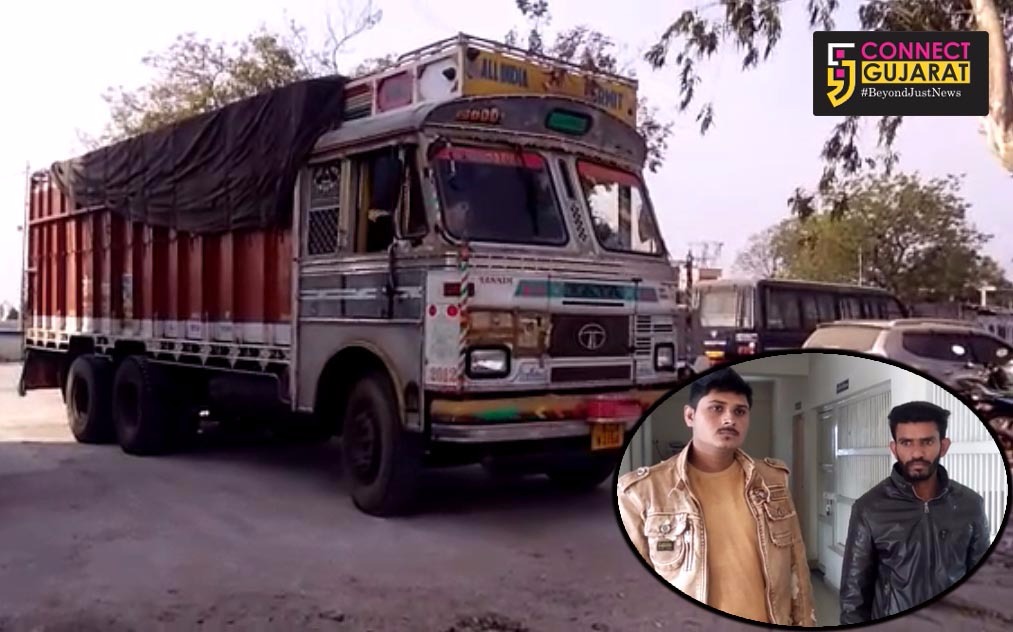 In the dry state of Gujarat the liquor supply is a big challenge to the police and every day and other they caught the vehicles and the carriers from various parts of the state. State Monitoring Cell strikes in Vadodara and caught foreign liquor worth 44lakhs from a truck near Golden Chowkdi.

Gujarat is facing the elections in less than ten days and the law enforcing agencies are taking every measure to maintain the law and order. Police also started strict patrolling but the bootleggers are openly supplies liquor consignments.

The State Monitoring Cell based on a prior information kept a watch at the Golden Chowkdi in Vadodara and check the suspicious trucks. Meanwhile they stopped a truck coming towards Golden Chowkdi. The driver and cleaner surrender instantly before them and while checking the truck the State Monitoring Cell found 44lakhs worth liquor from inside the truck. They took custody of the liquor along with the truck and arrested the driver and cleaner and handover them to Harni police.

Police declared three bootleggers as wanted in the case and starts searching for them.