Villages of Vadodara and Anand districts will get various benefits of ground water storage, irrigation and prevention of drowning The state government has on March 5 approved the Irrigation Department’s proposal for construction of Weir in Mahi river near Poicha Kanoda village at Savli taluka of Vadodara district. Earlier, Chief Minister Vijaybhai Rupani had on […] 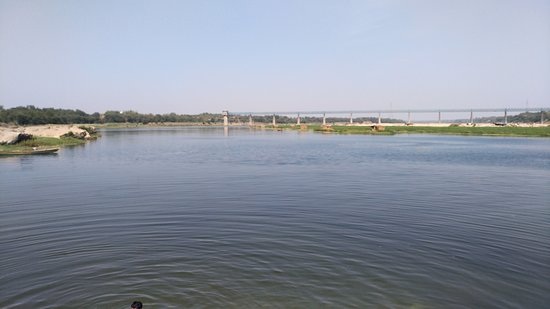 Villages of Vadodara and Anand districts will get various benefits of ground water storage, irrigation and prevention of drowning

The state government has on March 5 approved the Irrigation Department’s proposal for construction of Weir in Mahi river near Poicha Kanoda village at Savli taluka of Vadodara district. Earlier, Chief Minister Vijaybhai Rupani had on January 30 approved a proposal to build a multi-benefit Poicha Weir.

Ketan Inamdar, MLA of the area, was striving for the benefit of such planning in his constituency and because of his efforts the approval is given for the project.

Vadodara District Collector Shalini Agarwal and the district administration were looking for a concrete solution to the problem of drowning accidents due to river erosion in tourist spot Lanchanpur in Mahi bank. There is a strong possibility that this weir will solve this concern about the safety of people.

Vitthalsinh B. Parmar, Executive Engineer, Vadodara Irrigation Circle, informed that a river water lake of approximately 9 km length can be formed in Poicha Kanoda village in Mahi river, 5 meters above the river bed.

He said that this scheme can provide benefits to 34 villages of Savli taluka and 15 villages of Umreth taluka of Anand district to increase irrigation and ground water storage and recharge of wells to a total of 49 villages. Thus, there are bright prospects for this great barrier comes as blessing for the people.

Approximately the proposed expenditure of more than three hundred and eight crore forty three lakhs rupees has been approved. The final design of the structure will be undertaken on the basis of drilling for foundation test in Mahi river at the proposed site. Earlier a preliminary drawing was done on the basis of which approval has been obtained.

The project will increase groundwater reserves to a width of more than 4 km on both the banks of the river. This will directly and indirectly improve agriculture by irrigating 7200 hectares of land.

The Irrigation Department hopes that this weir will enliven more than 400 wells in 49 villages which will benefit agriculture. The fishing industry will also be encouraged and animal husbandry will get a boost. In addition, drinking water can be planned for a population of 50,000 in Savli Nagar, nearby 40 villages and for use in industries. It can form an estimated 38.50 lakh square meters of water.

The village of Lanchanpur is situated upstream of this place of Weir which is very popular among the youth community as a river tourism destination. However, unfortunately due to the deep slope of the straight edge of the river, the place has become fatal and in the last few years, about 110 adventurers have lost their lives. This space is not safe even if it costs a lot to fill the land.

Then due to water on both the banks from this weir, this stream will come in the middle of the river and it will be difficult to reach there from the banks. So with this the number of drowning accidents is automatically reduced and the problem is solved. Large weirs like this have been built earlier at Garudeshwar on Narmada and at Wanakabori on Mahi.

Under the guidance of Executive Engineer Vitthalsinh Parmar, in mid-2018, the Vadodara Irrigation Department undertook the task of preparing the proposed weir proposal. He had in the past made a significant contribution in making the Mota Fofaliya village of the district, first Nirmal village in the state to win the President’s Medal.

MLA Ketan Inamdar has commended Arvind Kanani, Chief Engineer, Irrigation Department and Vadodara team for the proposed scheme. Parmar has received much praise in the past for his works in irrigation and water conservation.

Water is inexhaustible, but it is a precious commodity to be saved and used. Such schemes will increase water accessibility by utilizing the various benefits of water. Along with this, on World Water Day on Monday lets make a commitment to keep rivers, lakes and other water resources free from plastics and other wastes and use them wisely.