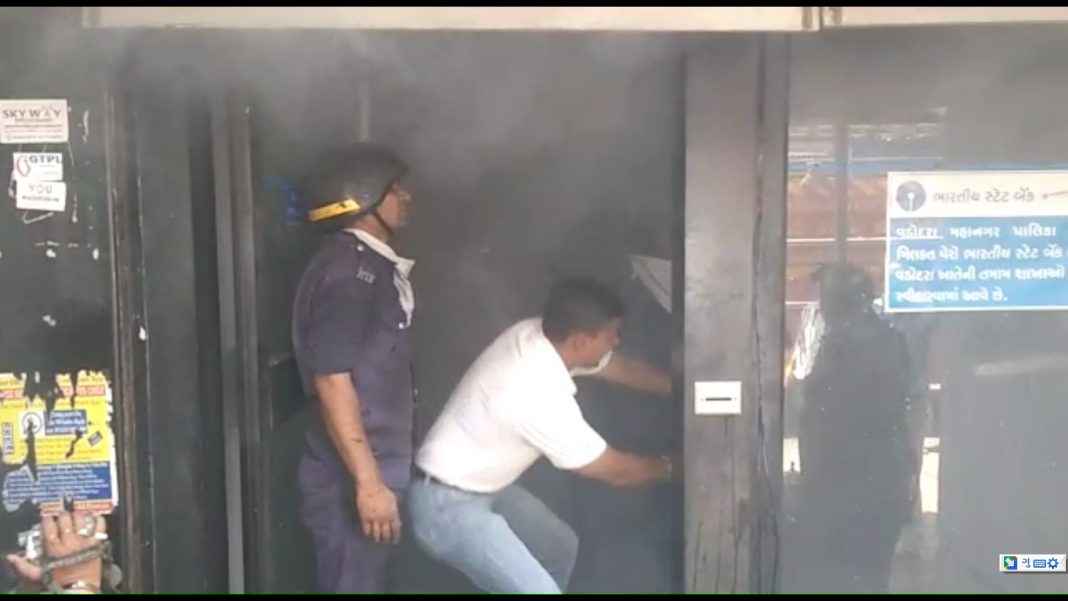 State Bank of India ATM caught fire in Vadodara early in the morning on Friday situated at Dandiya Bazaar area of the city. Fire brigade immediately reached the spot and doused the fire. Locals saw the smoke coming out of the ATM and try to douse the fire. However someone informed the fire brigade and they reached the spot and doused the fire. The SBI officials also reached the spot and after the check they said that the cash is safe inside. The front part of the ATM is damaged due to fire and the reason of the fire is unknown.

However the fire brigade felt short circuit be the reason for the fire.