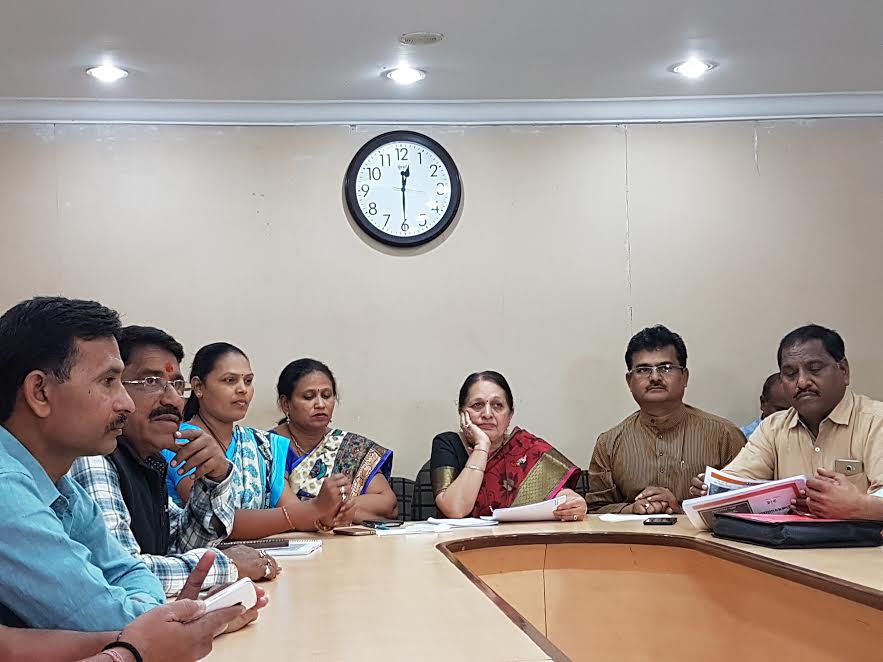 Vadodara Mahanagar Seva Sadan (VMSS) Standing Committee on Wednesday passed the budget proposed by the commissioner. With some minimal changes the standing committee said it to be a development and people related budget and all the things are in view to develop Vadodara as the smart city.

The chairman of Standing committee Jigisha Sheth said that the budget for 2017-18 is designed as development and people related and help the projects under Smart city. She said as the CM Vijay Rupani proposed to celebrate 2017 as Garib Kalyan Varsh so in the budget they proposed 650 crores for the city poor. Mainly housing, storm water drain, drainage, Water, road, street light facilities will be provided to them.

Under the smart city various housing schemes were started by the central and the state government and under which 50% houses were alloted and rest are under construction.

A total five water tanks are in the city and the corporation decide to give 24×7 water supply in the respective command areas. The work is under process and Chhani water tank work is completed and meters were installed. Primarily the water supply also started there and shortly Ajwa, Kapurai, North Harni, Sayajipura will be started.

From Sindhrot the corporation will take surface water and distribute water supply to Western area and various zones like South, West and East.

Under Smart city area based development is proposed and under which city square and transportation hub is on the cards in station area. The roads are widened which helps the problem of traffic to be solved.

Under Pan city a video conferencing hall will be developed at Badamdi baug and Monitoring is also from there. Four Zone transport station under Urban transport.

VMC started GIS work and in coming days the system will start and the houses were alloted under GIS and tax income will also be increased.

To minimise the street light electricity bill LED and energy savings are proposed and new pipes will replace the old ones.

Vadodara as a cultural city and to maintain it Char Darwaza area restoration work, sculpture park at Harni and restoration work of Vav in the city. Shahid Van also will be developed for the youth and people of the city.

1. Transportation hub in the Station area. Fatehgunj, Alkapuri and station area will be developed.

4. 24×7 three more Urban health centers in addition to the 13 to achieve the target of one center among 50,000 population.

6. 10 lakh trees where landfill sites will be developed as Museum of trees. Green belt like the two sides of the roads and four entries inside the city.

7. Shahid Van so the people and the youth can know the history and life of the Martyrs.

10. Pre fabricated and own Anganwadis.

11. To ease Traffic two new bridges and among others.